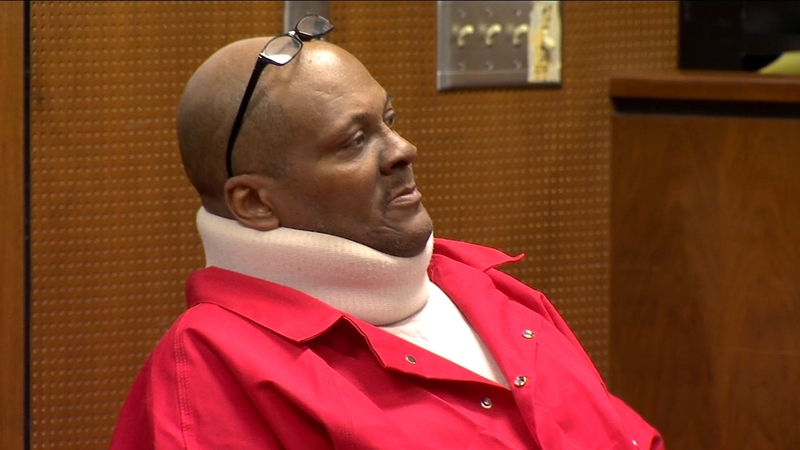 The man found guilty of a killing another man with a sword hidden in his cane, had his sentencing delayed Friday.

A Fresno County judge decided to review Curtis Michael Davis' concerns about the case before Davis receives his punishment.

Bernard Jackson was killed over beer earlier this year. His sister took advantage of the opportunity to talk to let her feelings out. Davis was loud and unruly- but when she spoke he cried.

Davis found it hard to contain himself in court.

After being removed by the deputy for loud and defiant behavior he finally listened to the judge and spoke briefly. But minutes later-the convicted killer was wiping away tears.

It's not sentencing just yet. Davis was granted a delay after asking for the surveillance video used during the trial be reviewed. His attorney says Davis is questioning its authenticity.

"He's concerned about the video, that it might have been tampered with so we wanted to check to make sure that it shows the whole entire video and see if it was spliced or anything like that," said Davis' Attorney Kojo Moore.

Bernard Jackson died in an argument over a $2 can of beer. Detectives say Davis asked Jackson to buy it since he was banned from the Country Market on North and Elm in Southwest Fresno. His attorney argued the homicide was in self-defense.

Friday, some of Jackson's family members told the judge that Davis needs to be sentenced from the crime he committed.

"This is getting hard on the family. We're getting very frustrated. He asked for a speedy trial now he wanna keep putting it off and putting it off," said Stephanie Jackson, one of the victim's family members.

Jackson died of a stab wound to the chest. When homicide detectives tracked down Davis he was at his nearby apartment. The cane sword was also in his possession and still had blood on it.