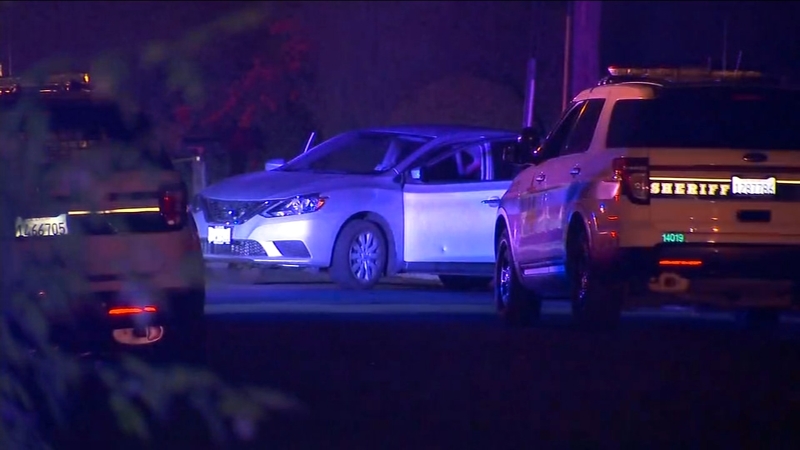 FRESNO, Calif. (KFSN) -- Police are searching for the suspects in two separate late night shootings that sent two woman to the hospital.

One of them occurred in Fresno County and the other in Central Fresno.

In both cases the women were shot in their vehicles and the attacks happened about 30 minutes apart from each other.

One of the victims was shot in the legs and the other suffered gunshots to various parts of her body.

Police say a 28-year-old woman was parked with a male passenger near McKenzie and Diamond when an unknown person walked up and fired into the vehicle.

She was able to drive herself to the hospital and authorities say she should make a full recovery.

The passenger was not hurt.

The second shooting happened at 11 p.m.

A woman and a man were sitting in a parked car in a neighborhood on Nantucket near Roberts, in the area of Bullard and Maroa.

Sheriff's Deputies say that's when someone drove up and shot into the vehicle.

The woman, who was behind the wheel, was shot multiple times.

Deputies say she tried driving off, but was too injured and had to stop.

She was rushed to the hospital and immediately went into surgery. There's no word on her condition at this time.

In both cases the suspects got away.

Police are still searching for those responsible.