Some Castle Fire evacuees are worrying that the Giant Sequoia trees towering over their properties will also be gone, or at least altered, by the time they go back.
KFSN 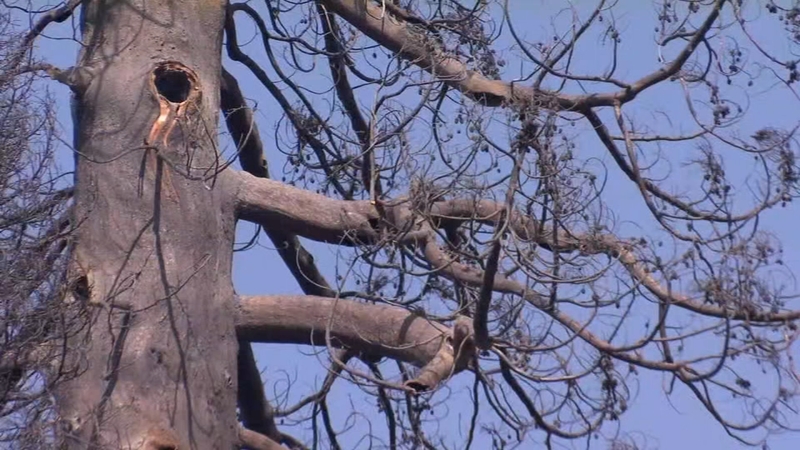 TULARE COUNTY, Calif. (KFSN) -- Editor's note: The U.S. Forest Service has provided Action News a picture of the two Giant Sequoia trees that will be worked on. They appear to be the trees Action News saw crews assessing on Wednesday. "Both are on one owners private property/easement, the owner has been notified," USFS Public Affairs Specialist Denise Alonzo said. Our original story follows below. 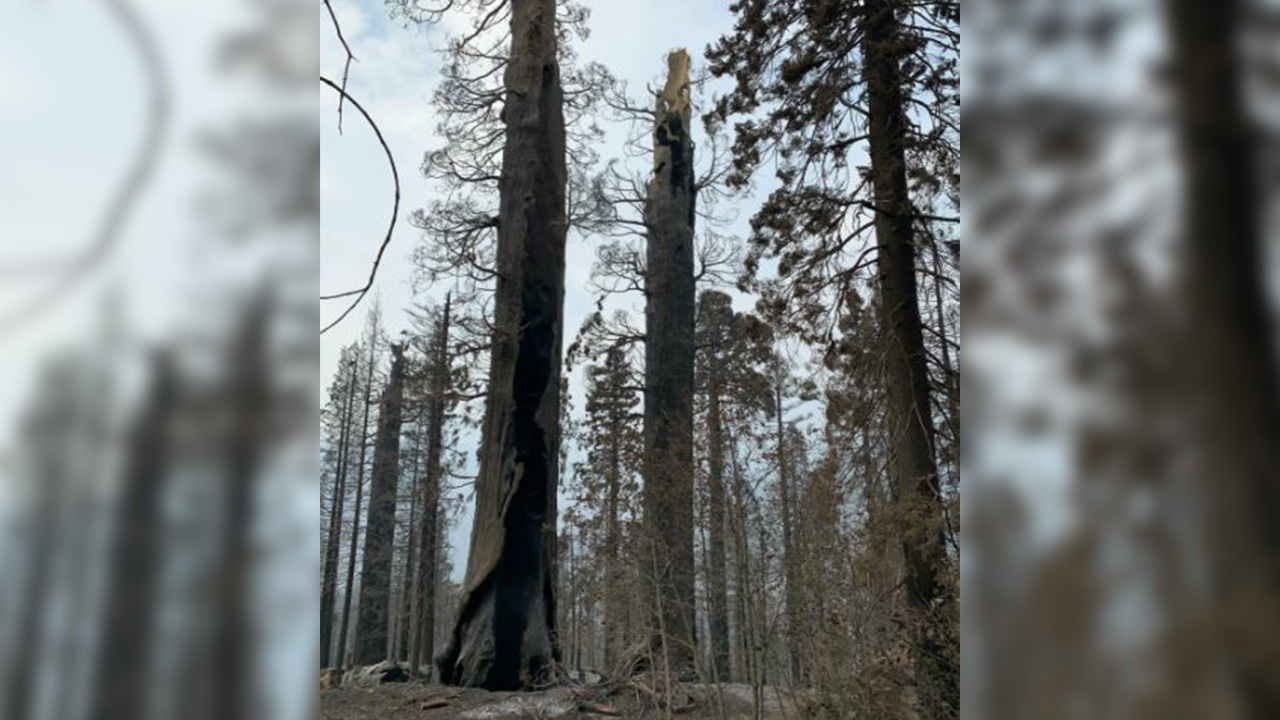 The U.S. Forest Service has provided Action News a picture of the two Giant Sequoia trees that will be worked on.

Many Sequoia Crest residents who have lost their homes or cabins to the Castle Fire, part of the SQF Complex fires, still have not been able to travel back up the mountain to see what is left.

But for some, a new worry took hold on Thursday - that the Giant Sequoia trees towering over their properties will also be gone, or at least altered, by the time they go back.

"Places can be rebuilt," said Bruce Owdom, who lost his family cabin on Alder Drive. "But the trees take millennia to grow."

Two trees would be cut down and two others would have branches and tops removed.

Forest Service officials also noted that while the trees had burn scars from previous fires, they may still have been alive when they were torched in this wildfire.

Owdom wasn't aware of the project until he saw Action News' first story on Wednesday night.

He wanted to know if the Giant Sequoia on his property was one of the four being worked on.

And if so, why wasn't he told about it?

Another Alder Drive resident told Action News that two other Giant Sequoia trees, which were being assessed on Wednesday, also lie on private property.

"To have work like this done on these magnificent trees without notifying the residents seems to be less than transparent to me," Owdom said.

Action News made several calls and sent several emails to the Forest Service.

By Thursday afternoon, they said that would only cut two, not four trees.

But they haven't confirmed which trees, only saying that one is in the county easement along the road, while the other is a short distance from the road.

Owdom isn't opposed to having crews do some work on his tree, but he wants clarity-which trees are being cut and why?

"I've gotten very attached to it over the years," Owdom said. "It's just massive. It's huge. It dwarfs us, it dwarfs everything around it. It's probably 2,000 years old or thereabout and it's just kind of awe-inspiring to me."

Only two giant sequoia trees deemed as hazardous to the roadway need to be cut, not four that were discussed earlier.

One is located in the County easement along the road adjacent to private property, and the other is within a short distance of the road. One tree is being cut down entirely and left on site. The second is being topped and branches cut off that will likely fall into the road.

The fire team is delegated as part of their emergency fire suppression activities to safely remove hazards along roads prior to re-entry. This delegation covers both public and private land in a burned area. Easements along roadways is where most of the work occurs."