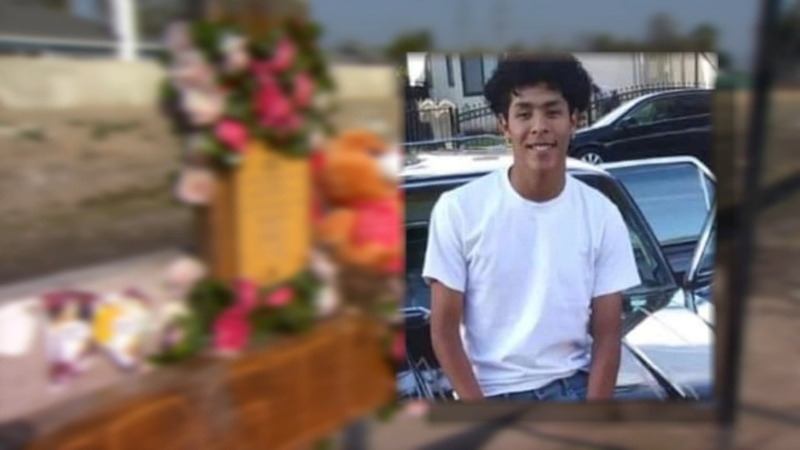 Sergio Bonboster lived for 20 years and left behind a small army of people who loved him.

The spray paint along a northwest Fresno canal says this is Sergio's World.

The flowery cross announces that he left this world last year.

The memorial rests at the side of the canal where police found part of Sergio Bonboster's body days after he disappeared.

Police arrested his roommate, Lawrence Madrid, for accessory to murder and mutilation of human remains.

Investigators say Madrid's girlfriend stabbed Bonboster to death, they mutilated the body, burned it, and dumped part of it in the canal near Hughes and Norwich.

"We relive that moment every day when we wake up and before we go to sleep," said Bonboster's childhood friend Edwin Navarro.

The 17-year-old girlfriend faces a murder case in juvenile court.

But they've attended every court hearing for Madrid, including on Tuesday.

"I come to court every day to support Sergio and I want everybody to know what they took," said Bonboster's foster mother, Mona Esparza. "I love him. I miss him and he can't be here to defend himself."

Instead, a big group is standing in his place.

The 20-year-old grew up in Reedley, where friends remember him as a positive energy and influence who cared for everybody around him.

He loved Fresno State football and worked with one of his brothers at a River Park restaurant.

They're all quick to talk about him, but now every memory is tinged with grief.

"I've got pictures of him hanging in my house where my 3-year-old daughter looks at and when we come in the door and when we leave she says 'hi' and 'bye' because that's the only thing she has to talk to now is pictures of him, bro, and I don't think any of us will ever be the same," said Bonboster's brother Nathaniel Rodriguez.

Family members tell me they're hoping the 17-year-old girl will eventually be tried as an adult.