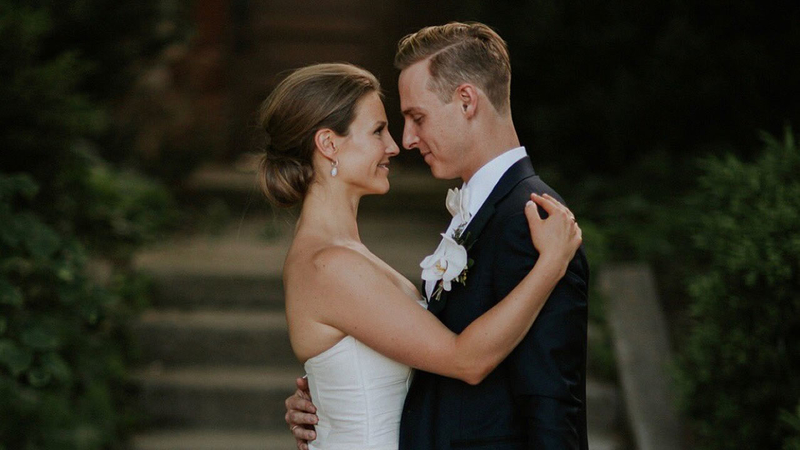 MEXICO CITY -- Tatiana Mirutenko, 27, and her husband James married one year ago, and to celebrate, they left Tuesday for Mexico City. The young couple from San Francisco was on a quest to dine at as many Michelin star restaurants as they could.

They were traveling with three other couples.

But on Saturday, Mirutenko was shot by a stray bullet as they were leaving a restaurant in the upscale neighborhood of Lomas de Chapultepec. Mexican authorities say gunmen on a motorcycle were aiming at a bouncer at a nearby bar when one of their bullets struck Mirutenko in the head.

"She was telling me how wonderful, how safe it was," said Natalie Mirutenko, Tatiana's mother.

Mirutenko's co-workers in San Francisco's Mission Bay are grieving too. She worked as a senior investor relations analyst at Nektar Therapeutics where she was described as a "bright" and "passionate rising star" with an "incredibly strong work ethic." Mirutenko also made her mark at Clemson University where she played Division 1 volleyball.

"She would give 200 percent. As a mother, we always say things, but she inspired me to be better. I'd give my life if she could just come back," said Natalie Mirutenko.

Mirutenko's body will be returning to the U.S. tomorrow. She'll be flown to Chicago where she'll be buried on Saturday

An official with the U.S. Bureau of Consular Affairs confirmed the death. In a statement, they wrote: "We can confirm that U.S. Citizen Tatiana Mirutenko was killed in Mexico City on July 7. We extend our sincere condolences to friends and family members of the deceased. The U.S. Embassy in Mexico City is providing all appropriate consular services to her family. Out of respect for the family during this difficult time, we have no further comment."

San Francisco's Nektar Therapeutics, where Mirutenko worked, released a statement, saying: "Tatiana was a bright and passionate rising star... Many throughout Nektar, and outside the company, valued her positive energy, insight and sheer enthusiasm for life."

#SanFrancisco resident Tatiana Mirutenko was celebrating her first wedding anniversary in Mexico City where she was shot and killed by a stray bullet on Saturday, one day before she was supposed to return home. pic.twitter.com/r070z1jiMT