Supporters to rally after Filipino peace advocate claims he was tortured 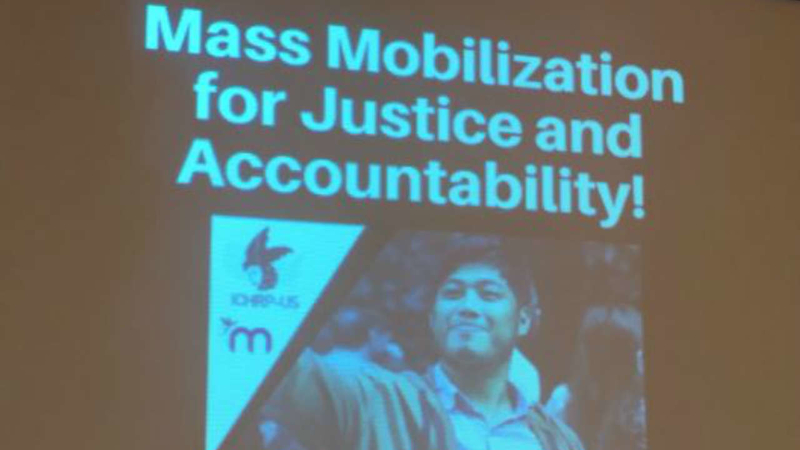 Filipino peace advocate claims he was tortured at SFO

SAN FRANCISCO -- Supporters of a Filipino peace advocate who was denied entry into the U.S. are holding a demonstration at SFO on Monday. They claim he was tortured during his 28 hour stay at the airport last week. Jerome Aba recounted his experience in a news conference in his homeland over the weekend. What he said has outraged those who were looking forward to his visit to the U.S.

Aba arrived at SFO Tuesday evening and was sent back home to the Philippines Thursday morning. That's 28 hours that Aba was in the custody of Customs and Border Protection, during which Aba says he was repeatedly accused of being a terrorist, was ordered to strip naked, and after nearly 24 hours, was finally offered food - pork, he says deliberately because of his Muslim beliefs.

"He's not treated like a normal person coming through the airport. He was treated like an enemy combatant. They were accusing him of being a terrorist and treating him as such," said Terry Valen, president of National Alliance for Filipino Concerns.

In an email, a spokesperson told ABC7 News, "U.S. Customs and Border Protection officers treat all travelers with integrity, respect, professionalism and according to law. Allegations of torture and religious discrimination are false."

But Aba's supporters say the government is covering up for its officers, and they're demanding that they be held accountable.

"It is unacceptable that they can be back there in those rooms for hours and hours doing, God knows what," said Stone.

Aba's supporters will be holding a demonstration Monday at 5 p.m. at SFO's International Terminal.

Supporters of Filipino peace advocate Jerome Aba will protest at #SFO Monday at 5pm. Aba was denied entry into the U.S. last week, said he was “tortured” during his 28 hour stay in customs. pic.twitter.com/U6daUy0Hw1