Perhaps his greatest moment came in the 1993 Ashes series against England when he delivered 'the ball of the century.'
CNNWire
By Aleks Klosok and Ben Church, CNN 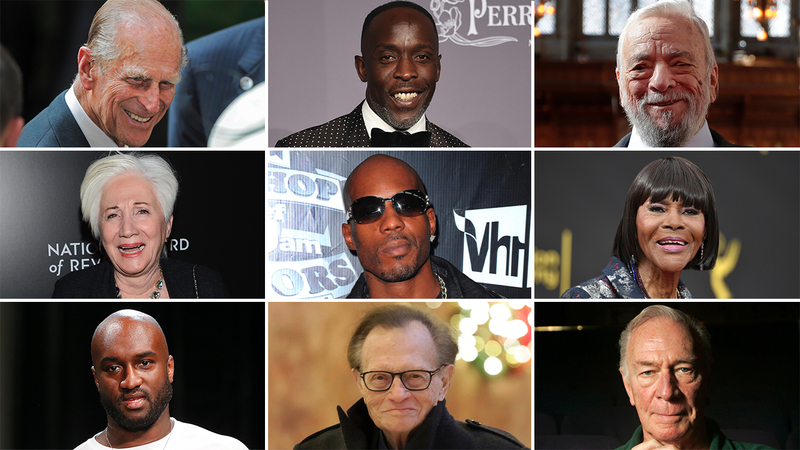 Remembering influential people who died in 2021

MELBOURNE, Australia -- Australian cricketer Shane Warne, considered one of the greatest players in history of the sport, has died at the age of 52, his management company confirmed to CNN on Friday.

Warne's last tweet came just 12 hours before his death was confirmed, as he paid tribute to fellow Australian cricket great Rod Marsh who died after suffering a heart attack at age 74.

Sad to hear the news that Rod Marsh has passed. He was a legend of our great game & an inspiration to so many young boys & girls. Rod cared deeply about cricket & gave so much-especially to Australia & England players. Sending lots & lots of love to Ros & the family. RIP mate❤️

"It is with great sadness we advise that Shane Keith Warne passed away of a suspected heart attack in Koh Samui, Thailand today, Friday 4th March," said a statement from MPC Entertainment.

"Shane was found unresponsive in his Villa and despite the best efforts of medical staff, he could not be revived.

"The family requests privacy at this time and will provide further details in due course."

Shane Warne, one of the world's greatest cricketers, has died of a suspected heart attack at the age of 52

Warne was one of cricket's most lethal bowlers, with 708 Test wickets to his name -- the most ever for an Australian, and the second-most of all time behind only Muttiah Muralitharan of Sri Lanka.

He was named the Wisden Leading Cricketer in the World on three separate occasions, and one of Wisden's five cricketers of the 20th century. As a legacy, Warne's is unrivaled -- the sport's greatest ever leg-spinner.

Perhaps his greatest moment came in the 1993 Ashes series against England when he delivered 'the ball of the century' to completely bamboozle Mike Gatting. The video of the delivery has been shared extensively on social media as news of his death spread.

Forever a part of cricket history.

An honour to have hosted it.

Warne, who is survived by his three children, brought his international career to an end in 2007 after dazzling the cricket world for 15 years.

He spearheaded Australia's dominance in the Ashes for over a decade and has been credited with reviving the art of spin bowling, inspiring generations of players that followed.

Tributes have flooded in since news of his death, with Australian cricketer David Warner sending his thoughts to the families of both Warne and Marsh.

"Two legends of our game have left us too soon," Warner wrote on social media. "I'm lost for words, and this is extremely sad.

"My thoughts and prayers go out to the Marsh and Warne family. I just can not believe it. rip, you will both be missed."

Two legends of our game have left us too soon. I’m lost for words, and this is extremely sad. My thoughts and prayers go out to the Marsh and Warne family. I just can not believe it. #rip, you will both be missed https://t.co/gduLY9bIwg

India's current captain Rohit Sharma expressed his shock and sadness over Warne's death, tweeting that he "still can't believe it."

"I'm truly lost for words here, this is extremely sad. An absolute legend and champion of our game has left us," he added.

A constant thorn in its side throughout his career, England Cricket also posted a tribute to Warne, describing the bowler as "one of the greatest of all-time."

"A legend. A genius. You changed Cricket," it wrote.

One of the greatest of all-time.

A legend. A genius.

Warne continued to play Twenty20 franchise cricket until 2013 before retiring from all forms of the sport.

He continued to be involved in the game through his broadcasting and punditry work.