Stolen mailboxes in Visalia help uncover a crime even larger

Shannon Sorrels, 35, is in custody after a check fraud investigation led officers to uncover he'd stolen a number of community mailboxes around town.
KFSN 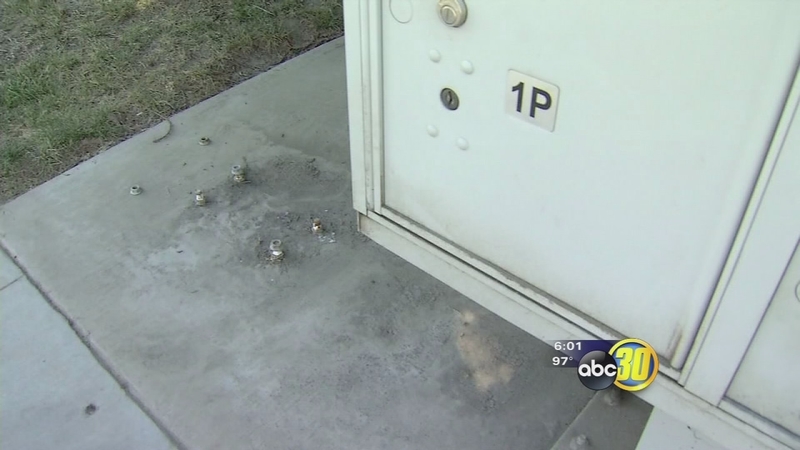 Stolen mailboxes in Visalia help uncover a crime even larger

Shannon Sorrels, 35, is in custody after a check fraud investigation led officers to uncover he'd stolen a number of community mailboxes around town.

In the video, you'll see Visalia police and federal investigators taking away bags of stolen mail, after five community boxes were stolen around the city.

Sgt. Ozzie Dominguez with the Visalia Police Department said, "They also found several of these community mailboxes that had been reported missing throughout the city."

The torn-apart mail boxes and hundreds of items of mail were found during a search warrant of Sorrells home. The six-foot-nine suspect was arrested after trying to cash several checks that weren't his. Checks that apparently were taken from community mailboxes he stole. One of the checks was cashed at Lee's Market off Race Avenue.

"They've assisted our investigation in fact it was through video surveillance that the suspect was identified," said Sgt. Dominguez. "So this started out as a check fraud investigation."

Officers say five of the large mailboxes have been stolen since April. Victims of the mail theft, like Clarissa Booth's family, says they were shocked when they went to get their mail one day, only to find the community mailbox had been ripped off its bolts.

Booth added, "We had heard that somebody had gotten a notice saying they had a credit card trying to be opened in their name so we all canceled our cards and got new ones to make sure no one got our information and took all of our money."

Officers say the postal service will now collect the mail and return it back to the victims. Some of the community mailboxes are still in the process of being replaced so some of the victims are having to go to the post office to pick up their mail.

Visalia police say the secret service is involved in the investigation Because of another federal crime they believe Sorrels was committing at his home.

Officers are still looking for the fifth stolen community mailbox.