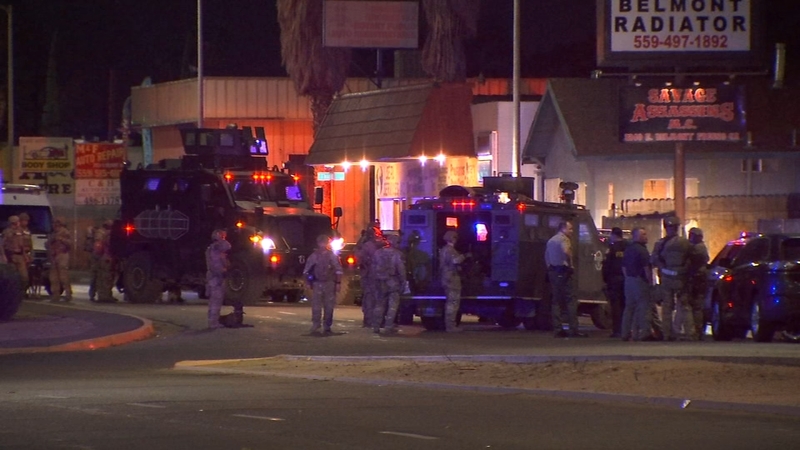 Investigators served a search warrant at the clubhouse of a suspected gang near Belmont and First in central Fresno.

They detained a total of 42 people, included several people carrying guns or knives.

Deputies seized two handguns when they searched the suspects and the building.

They say suspicious activity by one of the gang's members drew them to the building.

"MAGEC (the gang unit) became aware of it," said Lt. Arley Terrence of the Fresno County Sheriff's Office. "They observed a subject with a firearm who -- when officers tried to contact him -- retreated back into the location that they were hanging out at. Ultimately, officers obtained a search warrant. after getting a search warrant signed."