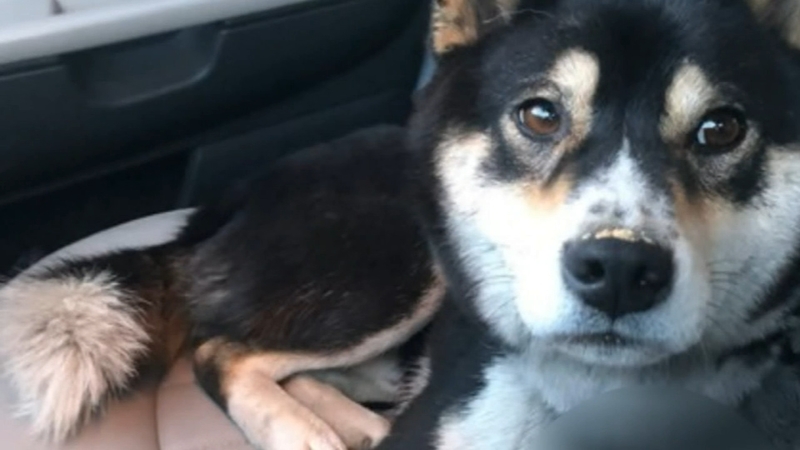 FRESNO COUNTY, Calif. (KFSN) -- An amazing turn of events for a Fresno County family who had their dog stolen from their own backyard.

That dog - a 2-year-old Shiba Inu breed - was returned to its owners late on Thursday afternoon.

The Fresno County Sheriff's Office has been working this case since Wednesday night. On Thursday afternoon, they got a call from the owner, saying she believed her dog had been found.

She still has concerns about her family's safety, so she didn't want to be identified in her story.

Austin is with his owner again.

The owner said she got a call from a man who saw her dog roaming around a neighborhood in the city of Fresno.

He then told her he dropped off the dog at someone else's house because he had to go.

Austin's owner went to that house, and sure enough, Austin was there.

The sheriff's office also showed up and asked everyone a few questions.

"We talked to the people at the house to get their side of the story. We fully appreciate them storing the dog safely and getting it back to her. But that's half the puzzle. We still have this other half of a couple of masked men breaking into her property and we need to find out who those guys are," said Tony Botti of the Fresno County Sheriff's Office.

Detectives believe he was taken from his Fowler-area home just before eight on Wednesday night.

The masked men and their car were caught on home surveillance video. They didn't take anything else.

Austin's owner posted a few screenshots of the videos on Facebook, pleading for the public's help.

The sheriff's office says the visibility of the story was key.

"I mean we're not even 24 hours removed from this and it's all solved as far as getting the dog back to her. So pretty incredible how galvanized a community can get and how engaged we are with media and social media," said Botti.