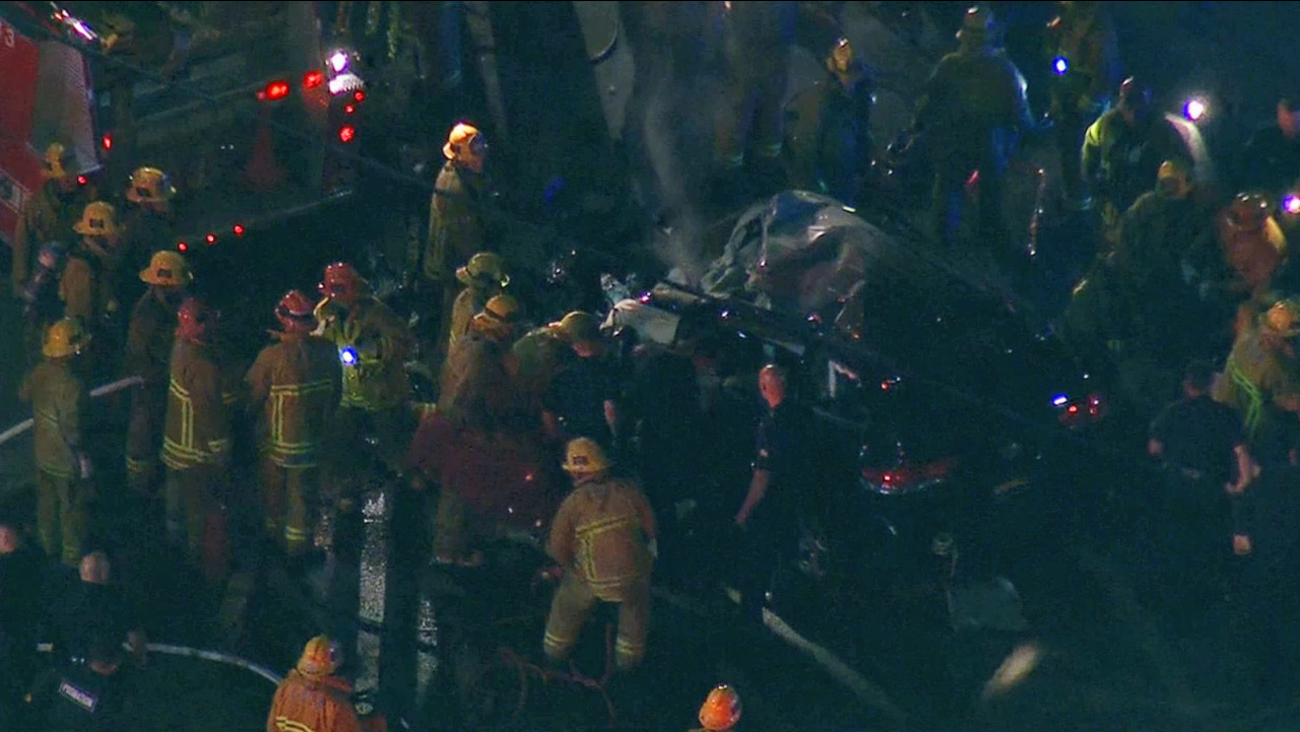 Los Angeles firefighters and police officers work to extract two suspects from a car, which crashed into the back of a fire truck after a short pursuit on Wednesday, March 11, 2015

SOUTH LOS ANGELES -- One suspect died and another was critically injured after crashing their car into the back of a fire truck during a pursuit in South Los Angeles Wednesday night. The two were wanted in connection to a shooting.

Around 9:15 p.m., Los Angeles police received a call regarding a 30-year-old man shot in his doorway in the 500 block of W. Colden Avenue.

As officers were responding to the scene, they encountered suspects in a black van. The suspects then led officers on a short pursuit.

The van crashed into the back of a fire truck near the 100 block of East 84th Street at about 9:25 p.m. The vehicle caught fire following the impact.

Firefighters in the truck were on a medical call in the area when it was hit by the van.

No further details were immediately available.

DEVELOPING: We will add more details to this report as soon as it becomes available.