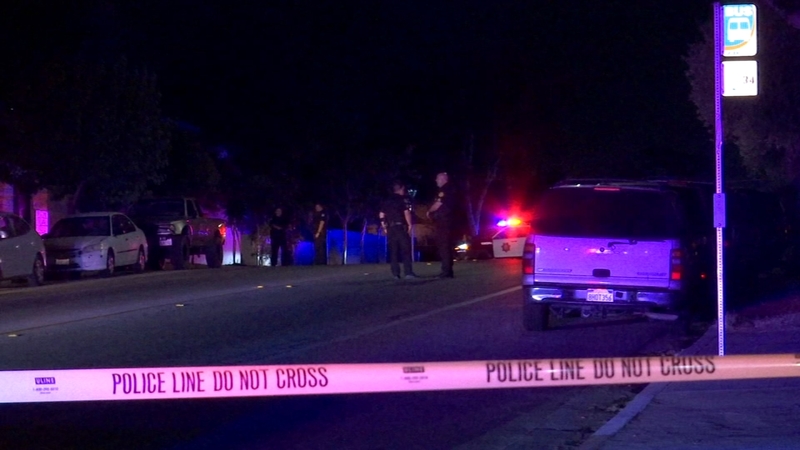 FRESNO, Calif. (KFSN) -- Fresno police are looking for the suspect who shot a woman in the head in Downtown Fresno late Saturday night.

Officers say a shot-spotter detected 11 gunshots fired at the intersection of C and Inyo around 11:45 p.m.

As officers arrived, a 911 call from a nearby apartment led them to the scene.

The caller said he and his girlfriend were inside their home when gunfire hit the building. At least one of those bullets that entered the apartment hit his girlfriend in the head.

Emergency teams found the woman unresponsive but still alive as they entered the apartment.

Police haven't provided an update on the status of that shooting victim as of Sunday morning.

Investigators spent several hours interviewing neighbors and any other possible witnesses to the shooting.