9-year-old shot, killed in car on the way to get snow cone 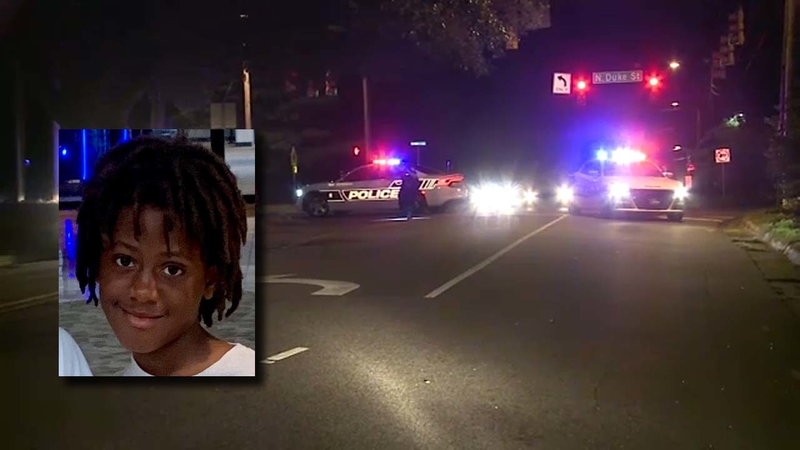 DURHAM, N.C. -- A 9-year-old was killed and an 8-year-old injured in a Durham shooting Sunday.

The 9-year-old was identified as Zion Person.

According to Zion's aunt Danyell Ragland, five children -- as young as 3 -- were in the car at the time of the shooting. They were on their way to Pelican's SnoBalls to get snow cones.

"I hear a horn and when the horn beeped I looked around," Ragland said. "I'm getting ready to turn and...I hear gunshots but I didn't know they were shooting at me."

"It's disgusting! It's sad," neighbor Sam Rose said. She heard the gunshots when they rang out Sunday night. "Children are the people we're supposed to protect the most. I know a little girl lives right across the street, and all I could think of last night--based on the trauma I experienced--is the kids who were sleeping in their beds, no longer able to feel comfortable in their beds."

Police said the shooter(s) were in a burgundy Honda Accord with tinted windows.

Multiple shots were fired into the family's Ford Escape.
Investigators do not believe the shooting was a random act of violence.

READ MORE: 'State of emergency in our city': Durham leaders call for action after 9-year-old killed in shooting

She said the shooters must have thought she was someone else because her windows are tinted and it was dark outside.

"Now my sister's got to bury her son," Ragland said. "He ain't nothing but 9. He didn't even go through life yet. He was just getting started."

"I and members of the Durham Police Department extend condolences to the family of Zion Person," Durham Police Chief C.J. Davis said. "This is another act of senseless violence that simply must be stopped and we are working aggressively to identify the people involved. I am asking anyone with information to come forward and speak with our investigators."

Anyone with information about who may be responsible for the shooting is asked to call CrimeStoppers at 919-683-1200.
Report a correction or typo
Related topics:
durhamchild injuredshootingchild killed
Copyright © 2021 WTVD-TV. All Rights Reserved.
TOP STORIES
Man shot multiple times at party in southwest Fresno
Cyber Monday 2021 deals shopping guide
Fauci says omicron variant will 'inevitably' arrive in US
Valley health officials bracing for arrival of new COVID-19 variant
Fresno police share tips for protecting your packages
Pedestrian hit and killed in Clovis
Is it ever too early to put up a Christmas tree?
Show More
Fresno Co. man accused of stabbing his mother, killing her boyfriend
Fresno State student killed in early morning crash on highway
Boy life-flighted after being shot in Tulare County, deputies say
1 killed, 1 hospitalized after stabbing in Auberry, deputies say
What is omicron? What to know about new COVID variant
More TOP STORIES News