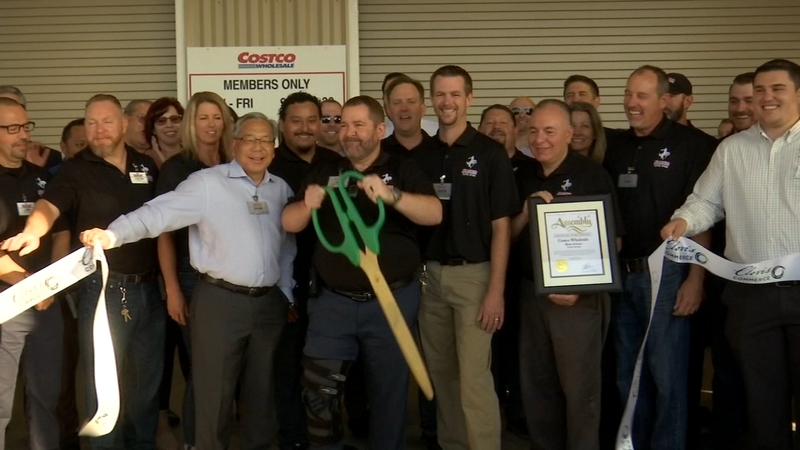 CLOVIS, Calif. (KFSN) -- "I know we are going to have a long line going in," said shopper Diana Hebert.

Thursday morning hundreds lined up to be the first to step inside the new Clovis Costco on Clovis Avenue near Shaw. There were no special doorbuster deals or free items for the first few, most lined up for the love of the store and to see what's new.

"It is bigger, roomier, and I think it is going to be great," said Hebert.

It's one of the largest in the Valley, and it is 25 percent bigger than the previous Clovis Costco on Ashlan and Peach. But there is much more that sets this one apart. One of the most notable is the self check-out. The store also carries some unique items you won't find in neighboring Costco's. Expensive liqueurs and wines were popular among the first shoppers, some selling out in minutes.

"They have some whiskey that we have been searching for," said shopper Joseph Lantican.

Lantican was the first in line. He woke up around one thirty to drive to Clovis from the Bay Area. A special Japanese whiskey motivated his trip.

"Secondary markets are expensive and being able to pay retail for the whiskey that I have been wanting is totally worth the drive," he said.

The store carries designer handbags like Jimmy Choo, ranging from hundreds to thousands of dollars. They are also stocked with the products customers know and love, and of course, you can't forget the samples. The new store is also bringing new customers to Shaw Avenue.

"We are hoping it is going to revitalize the Shaw corridor, so we are very excited," said Clovis City councilmember Jose Flores.

It already seems to be working.

"I will get to go and explore some shops that I would not have gone to if the store was not here," said Hebert.