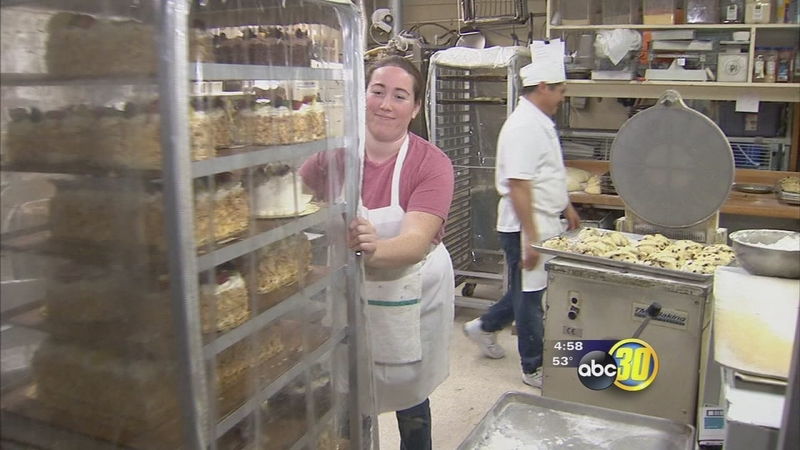 "Early in the morning, it's cold," shopper Armando Fernandez said. "So, a lot of people don't want to come out."

Wet weather played a role in getting some last minute shoppers in the stores earlier than anticipated.

"We layered up and we're going to be fine and get inside before it starts pouring," Rachel Chavez said while shopping.

Chavez is taking care of business now so she can rest and relax later.

"Shopping, baking, cooking doing all these chores and then going to get my nails done later today," she said.

She got the majority of her shopping done ahead of time so she can focus on her top holiday priorities.

"Baking is kind of a reminder of what Christmas is all about," Chavez said. "Family and being together and feeling blessed for what we've had this last year."

The rush of shoppers doesn't stop at retail. La Boulangerie bakery is proof of that. Wet weather didn't stop the most wonderful time of year from doubling as the busiest at Fig Garden Village.

Jorge Romero has been baking for nearly three decades with nine years at the French bakery. And they have this time of year down to a science. Desserts and bread remain the most popular items.

"We double the amount of bread," he said.

Take their dinner rolls, for example. Typically, they make around 100 each night but for Christmas weekend, they're planning close to 3,000.

While Romero enjoys being a part of peoples holiday traditions, the holiday rush has become a part of his.