How shoppers are avoiding debt this holiday season 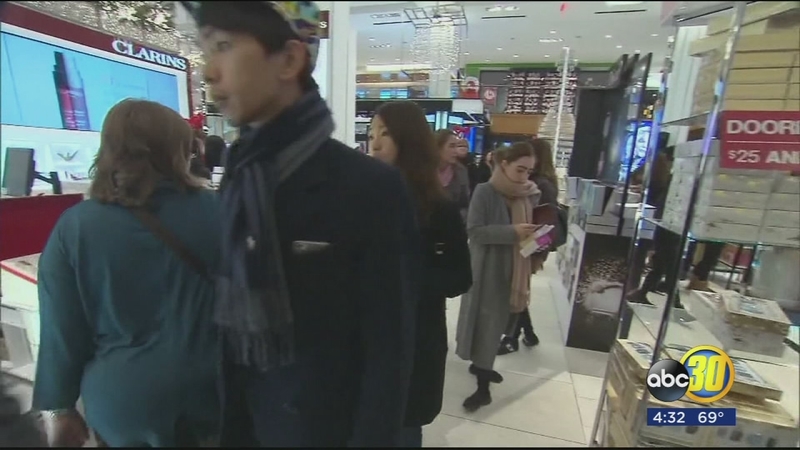 How shoppers are avoiding debt this holiday season

FRESNO, Calif. (KFSN) -- It is the day synonymous with frenzied shoppers stampeding into stores bringing life to the term doorbuster deals but this year's kickoff to holiday shopping season is a bit more tame than years past.

Sara Skirboll from Retail Me Not said, "Black Friday is certainly not dead, it is definitely changing."

The change may benefit shoppers. Instead of one day of deals expect deep discounts in store and online throughout the weekend.

In Clovis we found the Mak family opting out of dark and early shopping.

"I got the same deal and didn't have to wait in long lines," said Black Friday shopper Jerry Mac.

At some point between Thanksgiving and Cyber Monday -- the National Retail Federation says 69 percent of Americans will shop.

"We've budgeted and planned so that we don't go too crazy," Daniel Larsen said.

According to a Retail Me Not Survey, people will spend an average of about 750 dollars, an increase of more than 200 dollars over the same time period last year.

"People are spending more, but they are getting much savvier. They are getting more for their money. They are using deals and coupons, they are taking advantage of cash-back offers," said Skirboll.
While some prefer shelling out the cash others are finding more incentive by putting some miles on their credit card.

Chris Johnson said, "You get Costco Rewards back on all purchases so you get more when you shop at Costco but when you're at other places it adds up pretty quick."

Johnson was not planning on buying anything for himself but he could not pass up the price of this 32-inch tv.

"I just bought one for my other daughter 2 weeks ago and it it was 179 dollars so same tv 50 bucks less," said Johnson.

In an exclusive Survey USA poll, we asked people how they will pay for their holiday gifts with 75 percent saying they will use cash or debit card.