Bullets hit an apartment unit, where three people were inside at the time. No one was injured.
KFSN
FRESNO, Calif. (KFSN) -- Fresno police are investigating a shooting in a central Fresno neighborhood on Monday morning.

Officers responded to a shotspotter call just after 3:30 a.m. at Olive Avenue and Augusta.

Investigators say shotspotter recorded seven shots being fire, but when officers arrived at the scene, they found 13 shell cases between apartments.

Bullets hit an apartment unit, where three people were inside at the time. No one was injured.

Police say two guns were used during the shooting, causing some overlay on shotspotter.

Authorities have not released a possible suspect description or a motive for the shooting.
Report a correction or typo
Related topics:
fresno centralcrimeshots firedshooting
Copyright © 2020 KFSN-TV. All Rights Reserved.
SHOOTING 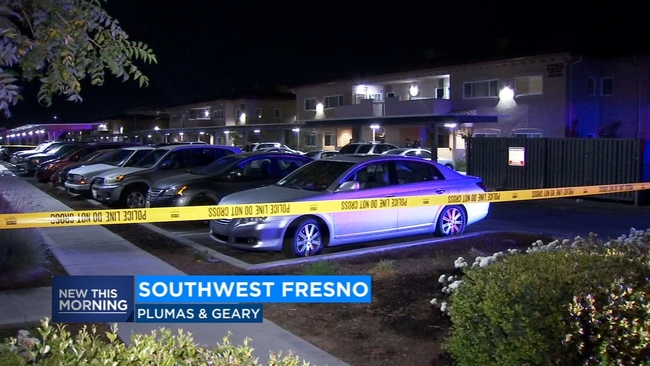