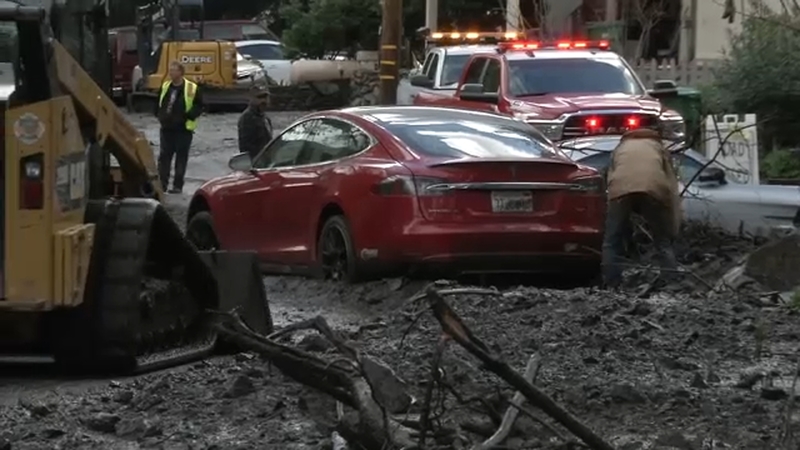 SILVERADO CANYON, Calif. -- A storm moving across the state is causing problems for residents in the community in Southern California, which saw some mudslides Wednesday morning.

Silverado Canyon was shut down between Olive Drive and Ladd Canyon due to a mudslide in that area, according to the Orange County Sheriff's Department. A mandatory evacuation order for that community was issued shortly after 9 a.m.

#OCSDPIO: Due to mudslides, a mandatory evacuation order has been issued for Silverado Canyon. Modjeska and Williams Canyon are under voluntary evacuation at this time. #SilveradoMudslide @OCFA_PIO @OCpublicworks

Authorities have also issued voluntary evacuation orders for Modjeska and Williams canyons, which were all burned by the Bond Fire in December. The blaze stripped more 6,000 acres in the area, leaving prime conditions for mudslides.

The flowing mud engulfed some cars in the neighborhood, but no injuries or serious damage have been reported.

The storm brought more much-needed rain and snow to California on Wednesday at the tail-end of a largely dry winter.

For a time, the California Highway Patrol had to escort Interstate 5 traffic over Tejon Pass in the mountains north of Los Angeles.

To the east, heavy snow was reported on Interstate 15 in the high desert, Caltrans said.

The Sierra snowpack is an important contributor to California's water supply, but at the start of March its water content was about half the average normally recorded on April 1, when it is typically at its most robust.