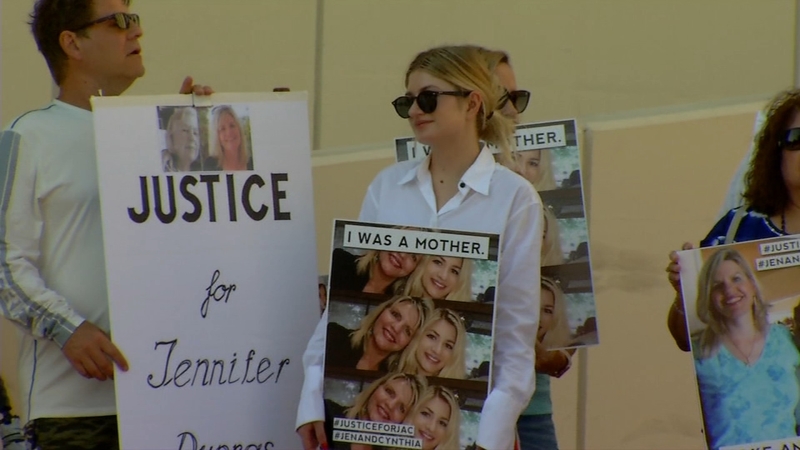 FRESNO, Calif. (KFSN) -- More than a dozen people gathered outside the office of Fresno County District Attorney Lisa Smittcamp on Monday to ask for justice in the murder of former Kingsburg principal, Jennifer DuPras and her mother Cynthia Houk.

Pictures of the two with wide smiles are all that's left for family and friends. They cling to memories that now are all in the past.

"They were just so loved and missed dearly," said Allison DuPras, Jennifer's only child.

Allison says their unexpected, brutal death still haunts her and every day she wakes up hoping to see justice served.

"I feel like they do have enough (evidence) to make an arrest. I know they are confident that it will be accepted, but it's not 100 percent, and that's just a chance that I don't want take. I want them to know the community is watching this and expecting an arrest and a full trial."

Jeff Houk lost his mother and sister that day. He drove to Fresno from Los Angeles to hold up signs and send a message. He never imagined the two would be targeted by anyone.

"I think that we were all pretty blindsided, except for Alison, who sort of saw firsthand what could happen. But the rest of us were completely shocked when this happened."

Fresno County Sheriff's detectives served a search warrant at the Kingsburg home of Jennifer's estranged husband, Alan. They hauled off many items of interest.

But so far it is unclear what, if any, evidence they have or still need.

Detectives say they are continuing to work toward a resolution.