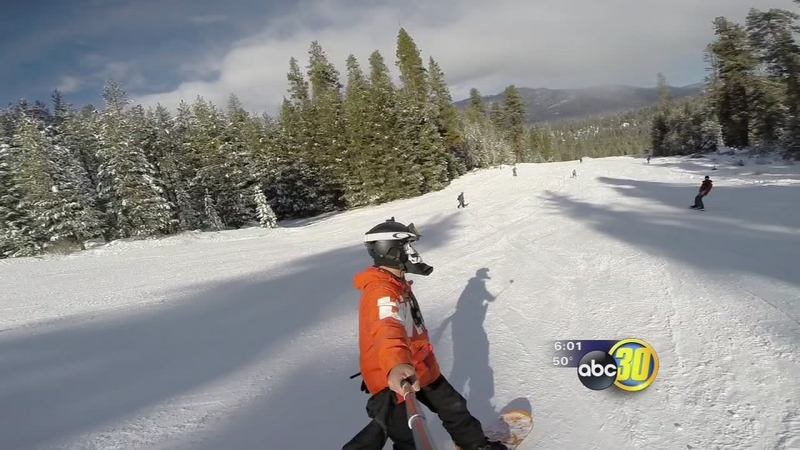 The slopes are smooth and the runs are ready on opening day. "People are having fun -- tons of fun, especially when I was recording. They wanted to have a little too much fun," said Travis Hensley, of Fresno, as he fell down from too much fun.

Hensley is better in motion, hiding behind his skull face mask. He and his buddies from Fresno are avid snowboarders, but the last few years have been bumpy -- because of drought and warm temperatures.

"They've just got to hope for some more snow," said Jonathan Elenes, of Fresno. "They say El Nio's coming but they've been saying that for quite a while."

All the resort really wants is more of what they had early Friday afternoon: A little bit of snow in the sky, dark clouds on the horizon, temperatures in the 20s, skiers on the slopes. It's a perfect start to what could be a big season.

Snowmaking has been more effective in recent colder weather and a series of storms delivered enough natural snow to let the resort open three weeks earlier than last year and enticed a big crowd of people starving for winter sports.

If they can't, China Peak will give them another chance. The resort guarantees 100 snow days or else next year's season pass is free.

El Nio winters typically peak in December, then continue through Feburary, but a light at the end of a dry tunnel seems to be coming into focus already. "We're looking awesome and compared to the last 3 years, super super awesome," said Bailey.