KFSN
By Graciela Moreno
FRESNO, Calif. (KFSN) -- Does broccoli grow in space? And if so, is it under the same conditions as it is here on Earth?

That was the hypothesis four John Muir Middle School students set out to answer in the summer of 2017 when they were chosen as part of the Student Spaceflight Experiments Program.

That meant their project would be sent to the International Space Station for astronauts to conduct their experiment for them.

"It was... I didn't believe it at first," said student Montserrat Maldonado.

Over the next year, Angelica Medina, Montserrat Maldonado, Laisha Fernandez, and Lupita Nunez of Corcoran carefully crafted their research and experiment. They tried to get broccoli seeds to grow and germinate in test tubes here on Earth and prepared the work for those in space to try too.

Once they got the results back -- they compared the data.

"We realized that or we saw that the space one germinated better than the Earth one," Angelica Medina said.

The girls were invited to the SSEP National Conference to share their findings and present them at the Smithsonian Air and Space Museum as scientists.

The girls flew out Saturday. It was Laisha's first time on a plane and found some time to take in the rich history in D.C. seeing many of the monuments in our nation's Capitol and meeting new people.

"Seeing how people from different places all go to the same town, I mean city," Medina said.

"My favorite part was meeting new people and being able to experience things I never would have been able to," Maldonado said.

But they kept practicing making sure they had their talking points right ahead of their presentation.

Monday morning they took the stage as the very first group to present.

"I was very nervous, I was shaking a lot," Maldonado said.

Another group of students from John Muir Middle School has already been chosen to be a part of Mission 13, and their project is being prepared to head to the ISS. That group will present in D.C. next year. 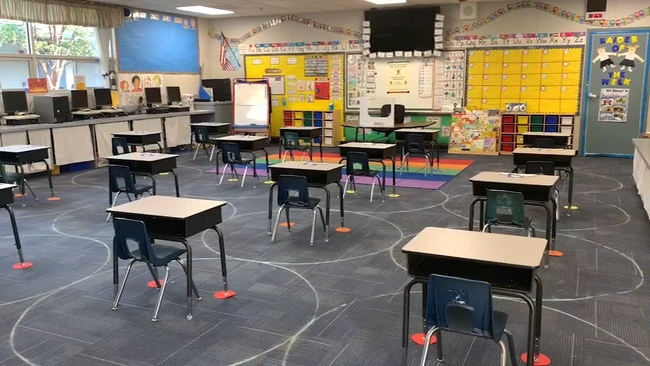 St. Anthony's School prepares to welcome back students in person this week 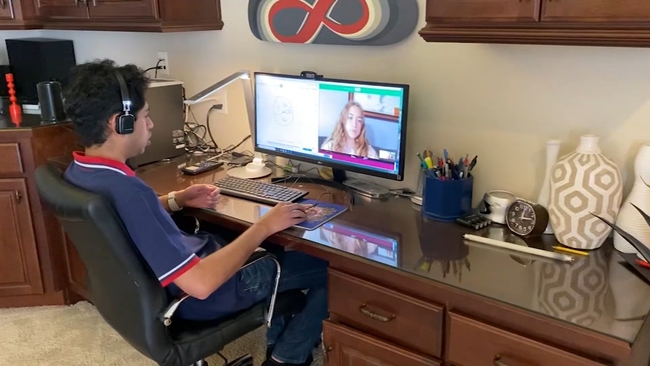