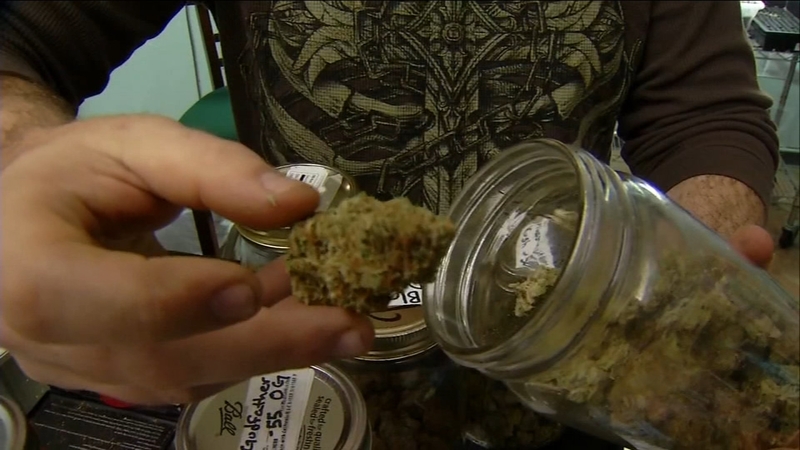 VISALIA, Calif. (KFSN) -- Marijuana may now be legal for recreational use in California, but in the city of Visalia, it's still illegal to sell.

The checks followed an investigation that started after complaints of smoke shops selling tobacco and drugs to kids.

"One, we don't want anybody selling cigarettes, tobacco products, marijuana, honey oil-based, as far as candy goes, to minors," said Visalia Police Sgt. Gary Williams. "And then if you are not a business that is licensed to sell medical marijuana products, you obviously can't do that either."

No one answered the door at Mr. Kush smoke shop on Wednesday-police say they were selling weed.

Mooney Smoke Shop was said to be doing the same, though a man inside denied it, and told us they're still open for business.

Police say they were selling edibles with honey oil.

"We just kept selling them because we were under the impression well, it says legal to sell, so sure, why not?" said Smokin' Deals Owner Ross Jobran.

Jobran says a vendor from the Bay Area sold him the products about a month ago, claiming they were CBD-based.

The edibles, all the same brand, were popular, and they displayed them in clear sight, near the counter.

Jobran says they would never knowingly sell something that's illegal.

He says it's a family business and they pride themselves on good customer service and not cutting corners.

But he's committed to being more careful about what he sells in the future.

"But honestly, all day yesterday, all I could think of is, I don't think we're ever going to even consider adding anything like that in the store," he said.

Smokin' Deals had to throw away all of the edibles yesterday.