An extra engine and an investigator were called in to assist firefighters on the scene.
KFSN 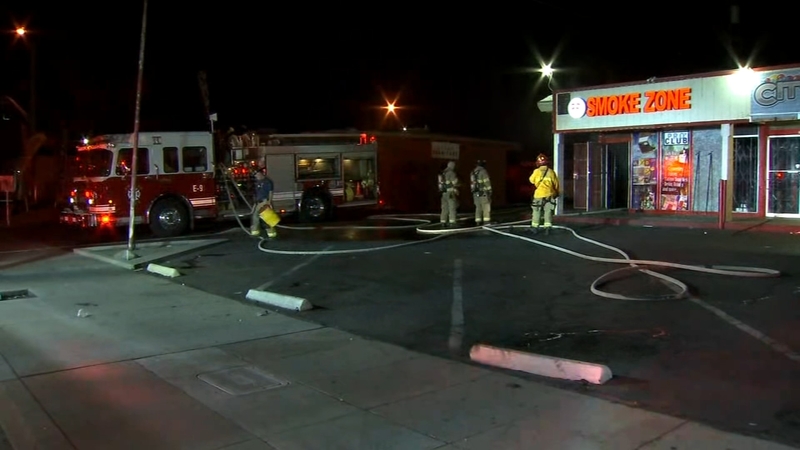 The blaze was reported around 3 a.m. just outside of the Smoke Zone on West and McKinley Avenues.

A pile of trash caught fire, and the flames had extended to the building, firefighters say.

Crews were able to douse the blaze quickly, keeping the fire from spreading to several neighboring businesses.

"These small fires on the outside seem like they can really be nothing, but they often do turn into large scale incidents. It isn't uncommon for us to lose six, seven, eight businesses in a building like this," said Fire Battalion Chief Kirk Wanless.

An extra engine and an investigator were called in to assist firefighters on the scene.