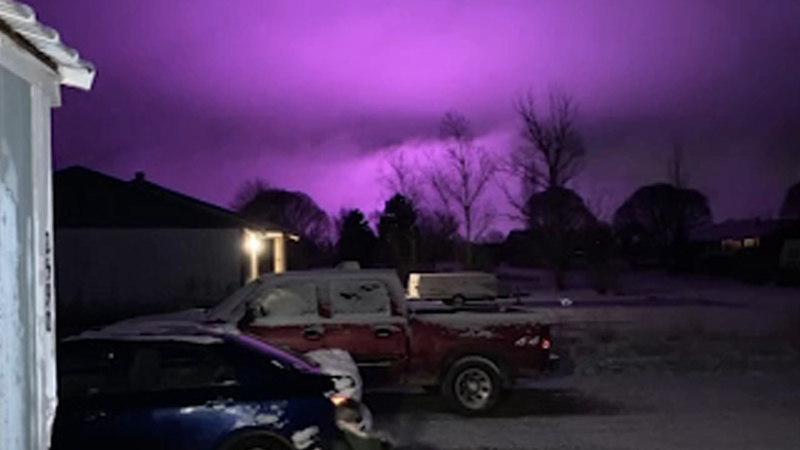 SNOWFLAKE, Arizona -- There was a flashback to the 60s in the sky over a town in Arizona last week.

The video above shows a strange purple haze across the sky on a foggy day.

This light coming from a medical marijuana farm created the funky haze.

Ironically, "Purple Haze" just so happens to be the title of a popular Jimi Hendrix song from the 1960s.

Many people believe the song was a reference to drugs, even though Hendrix denied it.

The farm says the purple glow that appeared on Friday was just a coincidence.

A company spokesman says the glow came from red and blue lights that are used to help grow the pot plants.

There was fog in the area at the time, which reflected the lights and spread it across the sky.