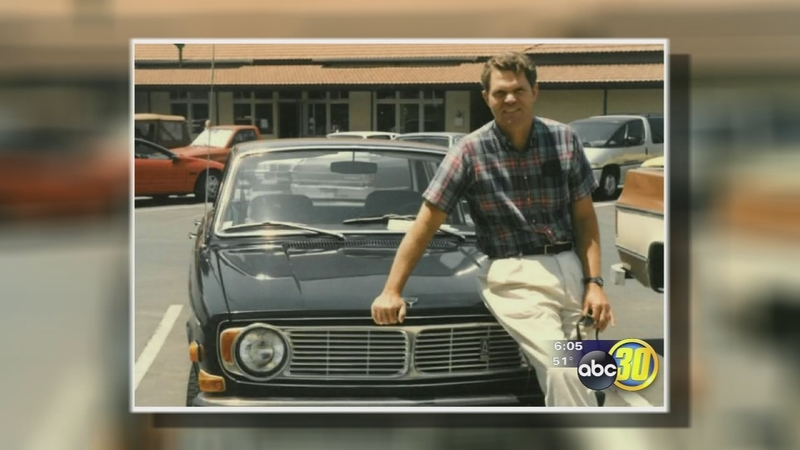 REEDLEY, Calif. (KFSN) -- Mark Hayward left a deep impression in the lives of students that is immeasurable. Even through his own health struggles, his friend recalled his selflessness and the time he called upon him to deliver a chapel service to some students who needed words of encouragement.

"I just said to him, 'you know, sometimes the star players need to play injured Mark.' And I was just so appreciative of his willing to just invest when he needed to be held. And for 10 long, broken, suffering years, Mark played injured," said Dan Goetz, longtime friend and colleague.

The teacher, well known for his obsession with Volvo's, had a constant saying that even in his final days he reminded family, friends, and students-- 'onward and upward'.

Hayward's sons said they were blessed by having the greatest teacher in life as their father.

"There was never a point where I felt like Dad was too busy for us. Despite the many responsibilities that he had on his plate, he always made time to spend with us knowing that was an investment well made," said Kent Hayward, son.

"Thanks for your incredible patience. Thanks for not yelling at me, ever. Thank you for the spankings. I tried, even your patience, every once in a while. Thanks for teaching my Sunday school class," said Kevin Hayward, son.

Mr. Hayward's impact lasted long after students left room 8 or room 2. Many said he shaped their character and already 400 have shared "Stories with Hayward" on a special Facebook page.

"There's a lot of great teachers, but there's no teacher like Mr. Hayward. He was just so different, so unique. I've never met anyone else like Hayward," said Cody King, former student.

"After I left Immanuel we kept in touch. Almost every single August, I'd get an encouraging email asking me about my family, expressing his prayer that I would have a good year in the classroom," said Tami Tos Zietse, former student and current teacher.

Away from the classroom, Mr. Hayward led the girls' volleyball team to eight Valley championships and the boy's tennis team to six section titles.

"He really emphasized that this was a team sport and we were here to play for each other, and it doesn't matter who has a great game. It's about how the team is doing and the friends that you take away from it," said Rhonda DeRuiter, former student athlete.