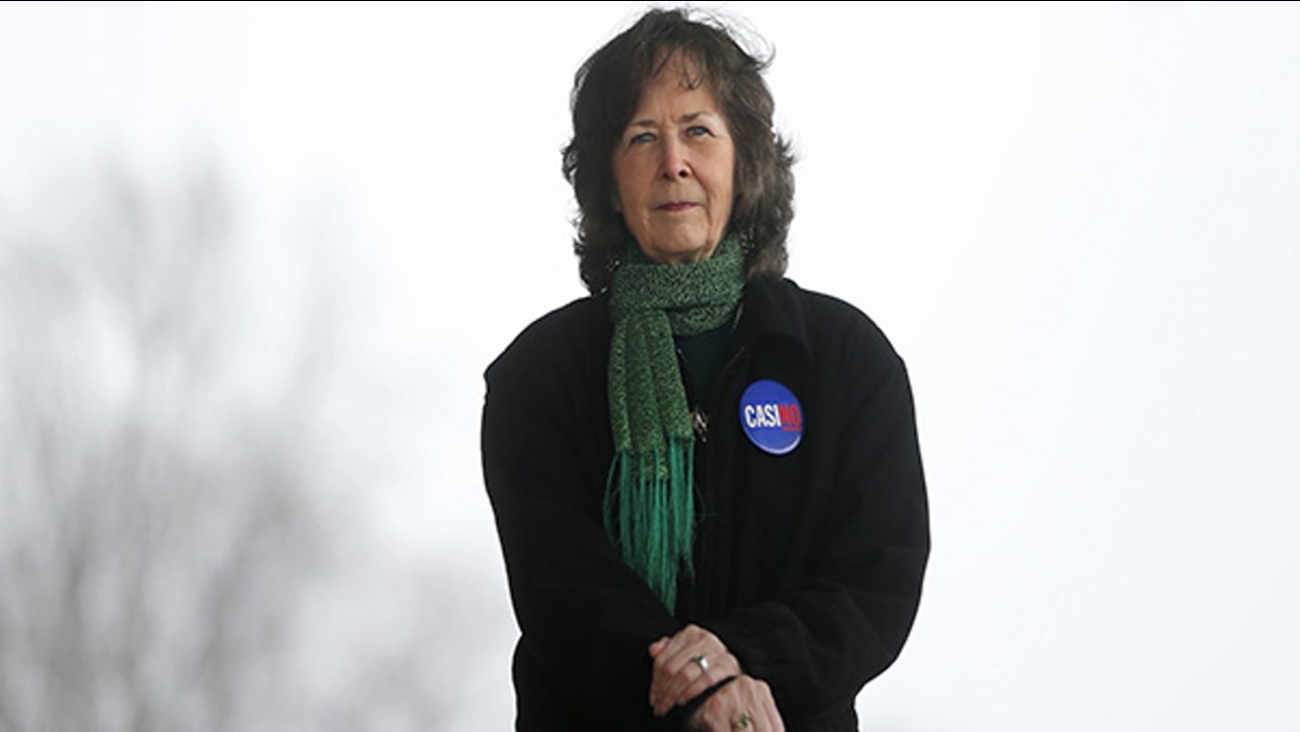 In this Friday, March 17, 2017, photo, Kathy Gilroy poses for a portrait near her home in Villa Park, Ill. (AP Photo/Charles Rex Arbogast)

VILLA PARK, Ill. -- A suburban Chicago woman who has crusaded against gambling for decades has won $25,000 by playing a sweepstakes game at a gambling cafe.

Kathy Gilroy, 68, told the Chicago Tribune that while it's ironic she won the sweepstakes, the distinction is that she didn't spend her own money to gamble.

Gilroy has said gambling can lead to addiction, bankruptcy, crime and suicide. She helped shut down a $1.6 million Queen of Hearts raffle put on by the Veterans of Foreign Wars post in rural Morris, Illinois, this year until the raffle was properly licensed.

Gilroy said she's participated in other sweepstakes and won prizes, including electronics and trips to the Bahamas and California. She said she enters sweepstakes because they're made available free of charge under state law.

Morris VFW Commander Jerry Zeborowski said he was baffled to hear that Gilroy won the sweepstakes.

"It's ironic that someone who's anti-gambling would enter something like that," Zeborowski said. "That's a little hypocrisy there, don't you think?"

Gilroy said she did have to think twice about accepting the prize, but said that she ultimately decided that it comes out of the profits of the gambling cafe's parent company, Laredo Hospitality Ventures. She said she heard about the sweepstakes after signing up for the cafe's emails.

"I called a pastor friend, and said, 'Oh my God, should I send it back? What do I do? Do I donate it?'" she said. "He said, 'Don't feel guilty. You just got paid for all your volunteer work against gambling.' It's God showing his grace on me."

Gilroy said she had the choice between a car and the money. She said she has already invested some of her money in stocks.

Despite shutting down numerous illegal raffles and raising awareness statewide, Gilroy said she takes advantage of sweepstakes whenever she can.