KFSN
By Sara Sandrik
MERCED, Calif. (KFSN) -- "March with us! You get your people and just march with us, please, please," said actress and talk show host Keke Palmer in Hollywood on Tuesday.

Palmer's passionate plea made national headlines and has been viewed millions of times on social media. Her comments were directed toward Captain Nicholas Koenig of Merced.

RELATED: Keke Palmer shares powerful message with National Guard, asking them to 'march beside us'

He and his brother, Second Lieutenant Patrick Koenig, were both deployed to provide support in southern California on Saturday.

Family members never expected to see Nicholas at the center of a viral video.

His wife Trisha says, "He had been communicating and talking with people all day. He'd been interacting, he prayed with them, he had great communication and dialogue, and to him Keke was just another conversation that he was having."

Trisha says she's proud of the way her husband handled himself.

He told Palmer he couldn't abandon his post, but did offer to walk a block with the group.

He and his fellow National Guardsmen also took a knee at the request of the crowd.

One woman asked, "Can you do me a favor and take a kneel?"

Many of the protesters cheered, clapped, and thanked the soldiers, while Palmer commented that it was not enough for her.

Some appreciate the unit's gesture, while others argue it's not enough. Koenig's father says it was difficult to see his son in that situation.

He said, "He was very calm, and I could see by the look in his face he was in control."
Steven Koenig is an Army veteran himself who was also deployed to Los Angeles during the Rodney King riots of 1992. He says he and his son are both appalled by the death of George Floyd and support meaningful change in our nation.

Loved ones describe Nicholas as a caring, religious family man.

He enlisted in the Army with his friend in 2007 before joining Fresno State's ROTC program.

Two years later, that friend was killed in Iraq.

Steven says, "He would do anything for the least of us, and that's the guy he is."

Family members say it's not clear yet when Captain Koenig will return, but they can't wait to welcome him home.
Report a correction or typo
Related topics:
societymercedlos angelesnational guardprotestrace relationshollywoodracismgeorge floyd
Copyright © 2021 KFSN-TV. All Rights Reserved.
GEORGE FLOYD 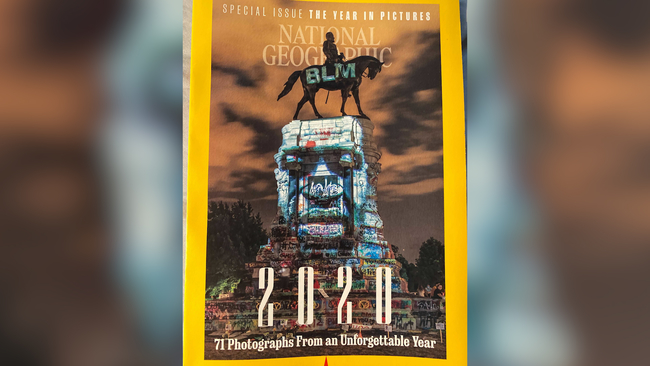