KFSN
By Amanda Venegas
FRESNO, Calif. (KFSN) -- Chelsea Bieker is the author of GodShot, a novel that's hit the scene after garnering attention for being an anticipated book of 2020.

"They're in a horrible drought, so it's really her journey to navigate some really tough terrain and there's a cult going on and her mother's gone and it's a really traumatic time for her and so the book is about that journey, and also her emotional journey of what do you do after a parent abandons you," said Chelsea Bieker about the premise of her novel.

The Bullard High grad has seen her classmates pick up the book, especially during this pandemic.

Many have been posted on social media.

"She's had great community support in Fresno, which is wonderful. I think it's great there's a female writer that's coming from Fresno and we are all supporting her," said Katie Bayliss.

It took her almost 7 years to finish her novel.

Bieker now lives in the Pacific Northwest, but the book is set in the Central Valley. She says her grandparents raised her and had strong ties to the agriculture community.

Her grandfather Robert Glim was a professor at Fresno State.

"They were huge influences on me and made me feel so grounded in that place. After I left Fresno all of my writing pretty much centers there. It became such an interesting place for me to write about and investigate. So I feel like I have strong ties even though I don't live there anymore," Bieker said.

GodShot can be found at Amazon, Barnes and Nobles and other book stores. The price is around $26.

As for the future, Bieker tells says she is working on a short story collection called Cowboys and Angels. That will be released in 2022 and also is set in the Valley. She also has a novel in the works.
Report a correction or typo
Related topics:
societyfresnobookscareers
Copyright © 2020 KFSN-TV. All Rights Reserved.
BOOKS 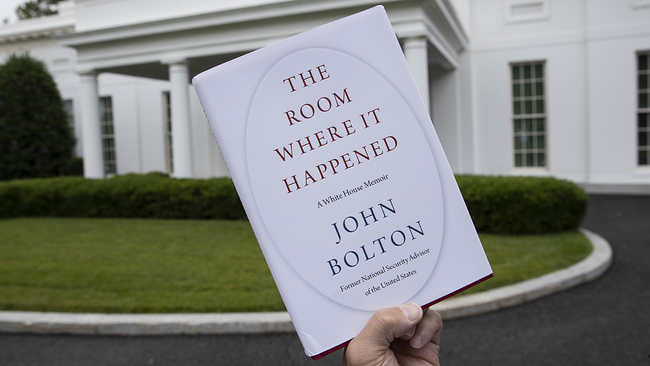 Judge: Bolton can publish book despite efforts to block it