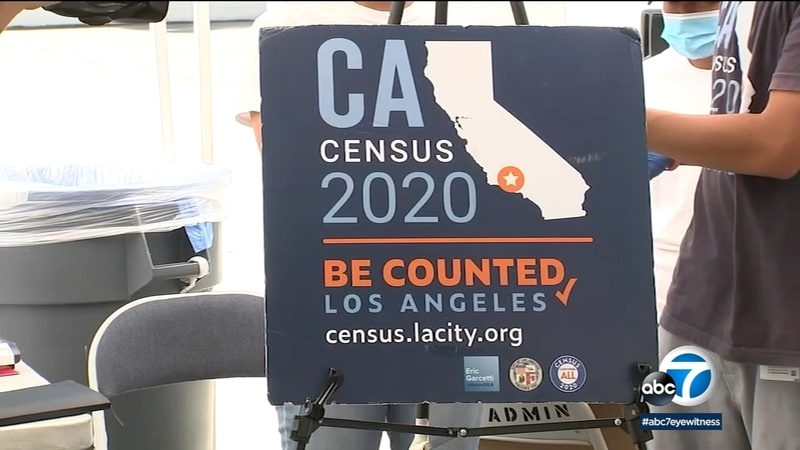 SACRAMENTO, Calif. -- California is losing a U.S. House seat for the first time, dropping its delegation from 53 to 52 members.

That's according to Census Bureau population data released Monday that determines how the nation's 435 House seats are allocated.

California has seen record slow population growth in the last decade and its population has been stalled just short of 40 million people.

California still is the nation's most populous by far and still will have more House seats than any other state. But the subtraction of a seat in California comes as rival states like Texas and Florida add population and gain seats.

The Census Bureau just released the first #2020Census results, which included the number of seats each state will have in the U.S. House of Representatives. Here are the results 👇 https://t.co/RHvocjkXow #Apportionment #CensusBureau pic.twitter.com/2QuyrHccDJ

Texas politicians have long sought to woo California residents and businesses. During the pandemic, companies like Oracle and Hewlett Packard Enterprise announced plans to relocate their headquarters from California to Texas.

The California GOP also jumped on the narrative that the loss of a seat in California is part of a "California exodus" due to Democratic policies.

"California is the capital of homelessness and poverty, suffocating gas and income tax rates, and the highest number of residents picking up and moving to move affordable and welcoming states," California Republican Party Chairwoman Jessica Millan Patterson said in a statement.

Governor Newsom said there were many reasons California's population growth has slowed.

"California has the largest, most diverse population in the United States of America, and will continue to hold the most seats in the U.S. State House of Representatives," Newsom said in a statement. "Following a national trend, California has seen an overall slowdown in the rate of our population growth for a variety of reasons including that many of our residents pursue higher education and start families later in life; gaining the skills needed to continue building a stronger economy."

Paul Mitchell, the owner of Redistricting Partners, said the shifting population in California is, in part, due to people leaving the state, but mostly due to other factors, including lower birth rates.

"I understand that people want to look at those policy areas, and people getting those U-Haul trucks and moving around the country," Mitchell said, "But really it should be recognized that the population is growing and birth rates are a real driving factor in our population change, not being as rapid as it was in the 70s 80s and 90s."

The number of seats in Congress is fixed at 435 and the Census Bureau uses a population-based formula to decide how many seats each state gets. That means if one state loses, another one gains.

California, Illinois, Michigan, New York, Ohio, Pennsylvania, and West Virginia all lost a seat. Texas gained two seats, while Colorado, North Carolina, Florida, Montana and Oregon gained one.
The loss of a House seat also means a possible dip in federal funding for Medi-Cal, the health insurance program for low-income people, as well as less money for highways, schools and a wide array of social services that are based on population.

Now that the number of congressional seats is known, states can embark on the decennial process of redrawing congressional maps, known as redistricting. That process won't start until late summer or fall because of a delay in releasing neighborhood-level population data.

California is among several states that use a commission to draw state legislative and congressional districts. Voters in 2008 created an independent Citizens Redistricting Commission that took the power to draw the lines away from the state Legislature. The group has already begun a months-long process of seeking community feedback and taking other input.
Report a correction or typo
Related topics:
societycaliforniahouse of representativesu.s. & worldpoliticscensuscalifornia
Copyright © 2021 by The Associated Press. All Rights Reserved.
CENSUS 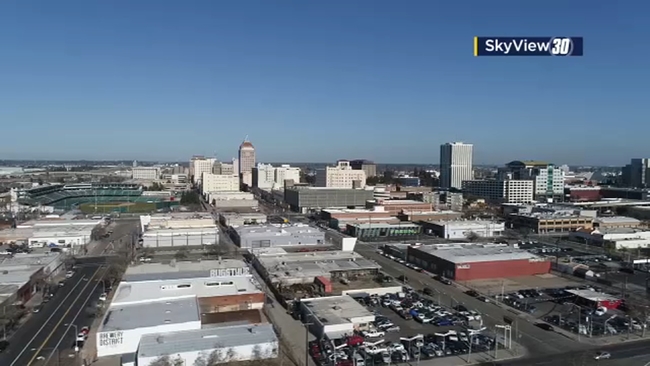