Chandelier worth $4.8 million hangs from public bridge in Canada 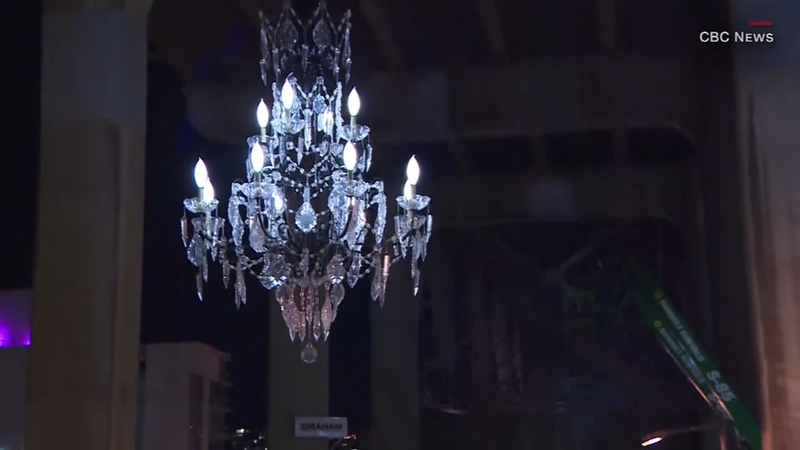 Chandelier worth $4.8 million hangs from public bridge in Canada

Canadians are doing a double-take in Vancouver because an elaborate and ornate chandelier has been installed under a city bridge.

And you won't believe what it's worth!

It's a $4.8 million chandelier, and it's turning heads and sparking controversy.

The elaborate fixture is a public art installation designed by artist Rodney Graham.

It's titled 'Spinning Chandelier' and it actually spins and flashes its lamps.

Some think the display, funded by a local luxury property developer, is mesmerizing.

Others think the garish display is out of place in a city facing a housing crisis.