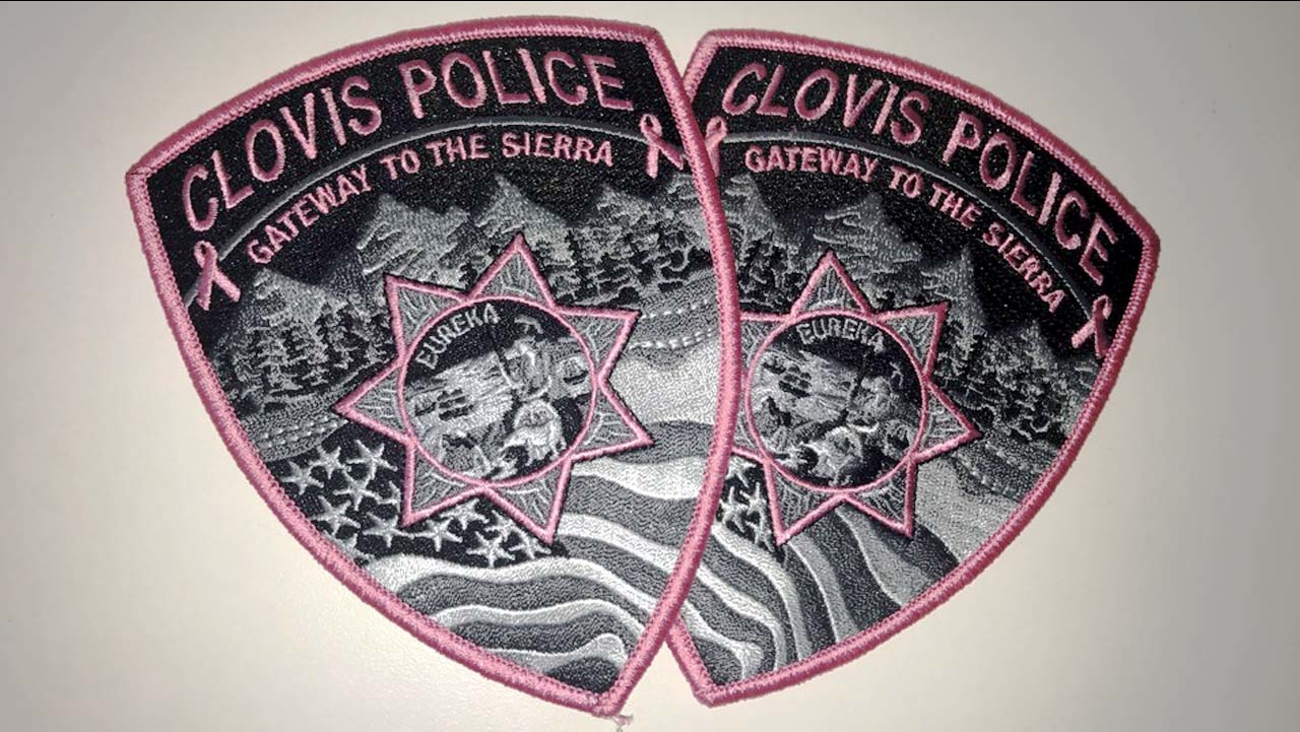 CLOVIS, Calif. (KFSN) -- The Clovis Police Department along with other law enforcement agencies are putting the "cuffs" on breast cancer by selling pink commemorative patches.

Clovis Police Chief Matt Basgall said this is part of a large campaign called the Pink Patch Project which aims to bring attention to the fight against breast cancer and to support breast cancer awareness.

"The Pink Patch Project is a way for the police department to participate and get involved with the community," he said. "We will be selling the patches to the community to try and raise money for breast cancer awareness".

Chief Basgall said this is their first year participating in this campaign saying they have a goal to sell 2,000 patches.

"To us, it's a big deal because we are able to give back to the community," Basgall noted.

He explained this program was started by the Los Angeles County Police Chiefs Association and now over 180 agencies are taking part in this campaign.

Last year between 82 agencies the Pink Patch Project raised over $320,000.

Basgall encourages people to come down to get a patch saying all the proceeds will stay local.

They have plans to send their proceeds to Radin Breast Care Center as well as the local Pink Heals chapter.

"I would like them to come down and buy a pink patch because it is a neat thing," he explained. "It's not something that happens all the time that you are able to get a patch pink in color. But it also lets everyone know that us as a community we are all working together to try and combat breast cancer. It's a terrible disease that affects way to any people."

So far Basgall is the only one who will be wearing the patch on his uniform, however, they want to eventually have all the officers wear the pink patch.

The patches are $10 and are being sold at the police station. They have sold about 100 patches and still have plenty left for people to buy.

If you cannot make it down to the station Basgall mentioned people can mail in $10 and they will mail the patch to you.

Clovis PD is not the only agency supporting breast cancer awareness. Madera County Sheriff's Office, as well as Fresno PD, are wearing pink patches on their uniforms to show their support.