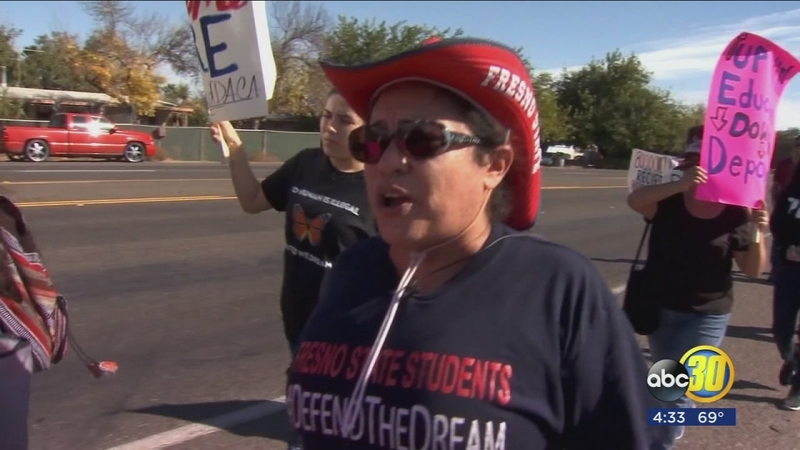 Protesters in the North Valley are "taking steps" towards immigration reform

MERCED, Calif. (KFSN) -- People across the North Valley turned the streets into a stage for immigration reform.

They started a journey to call attention to the concerns of a generation of immigrants who fear, they will be left behind.

College students along with community members are marching for change along Santa Fe Drive in Merced.

For three days dozens of people will walk more than 42 miles until they reach Modesto.

Rosa Salmeron will be one of many making the journey to get the attention of local congressman.

DACA recipients are also taking to the streets.

"All I remember is playing with friends and this and that, but that's about it I don't know much of over there, I know here," said Alcazar.

Alcazar grew up in the North Valley.

Today she fears being deported.

"Gustine is where I live that small town is where everyone saw me grow up we all have connected bonds and knowing that that could end it is really scary," explained Alcazar.

Saying, "hopefully Congress will act quickly not only to find a fair solution for these people but also to enact fundamental immigration reform so that we will no longer face these sorts of problems."