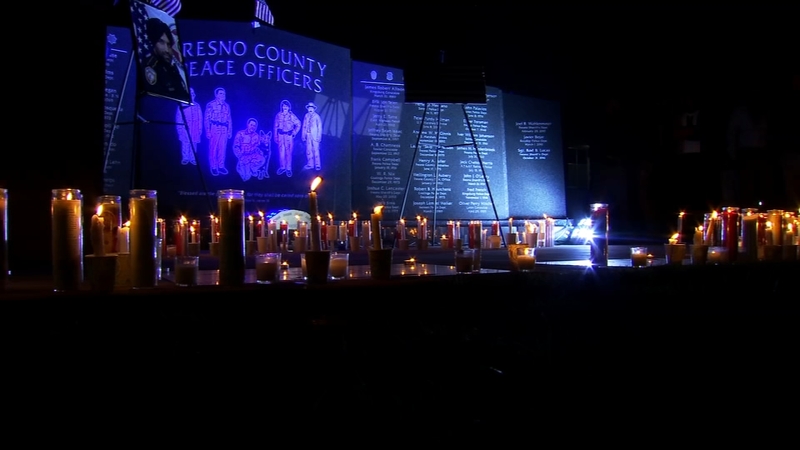 FRESNO, Calif. (KFSN) -- Candles flickered in between American flags that were held by heartbroken people in the Central Valley.

Many of them part of the Sikh community, who were grieving the loss of 42-year-old Sandeep Dhaliwal, a Texas deputy shot in the line of duty last Friday.

Barinder Singh got to know Dhaliwal back in 2017 during the aftermath of Hurricane Harvey. He collected donations for people impacted by the storm and drove them to Houston.

"He did all the work on the ground with us took us to each neighborhood that was affected the most put a smile on people's face," Singh said.

Dhaliwal gained national attention years ago when he became the first deputy in the Houston area to wear a turban and beard while on the force.

Singh says he was brought to tears when he learned the man who fought to wear his turban died.

"He didn't look at people, color or race or where they're from, he just looked at them as a human," Singh said. "It's a big loss for the community."

A community who paid their respects at a candlelight vigil.

Local leaders even stepped front and center to express their condolences as well.

Through prayer and candles placed at the Fresno County Peace Officers memorial, it was clear Deputy Dhaliwal made an impact that stretched far beyond where he protected and served.

"I know that wax will melt, wicks will burn and the wind will blow but the light that was Deputy Dhaliwal will never go out," Singh said.