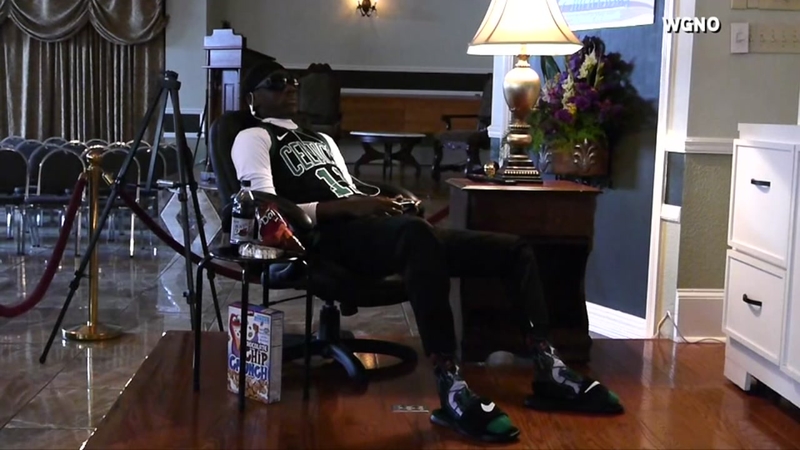 Family poses man as they want to remember him

NEW ORLEANS, Louisiana -- The family of Renard Matthews wanted to remember him as he lived, honoring his memory in an unusual way at his wake.

Renard was killed in New Orleans two weeks ago. He was only 18 years old, and his family chose to have his body prepared for Sunday afternoon's wake in a way that they want to remember him.

At the Charbonnet Labat Glapion Funeral Home in Treme, Renard was sitting in a chair, video game controller in hand, surrounded by his favorite snacks, and his beloved Boston Celtics on the television screen, WGNO-TV reports.

Matthew's mother Temeka says her son was a bit of a homebody, who only recently started to venture out to walk the dog she'd recently gotten him. Temeka Matthews also said that her son was a big fan of Celtics guard Kyrie Irving.