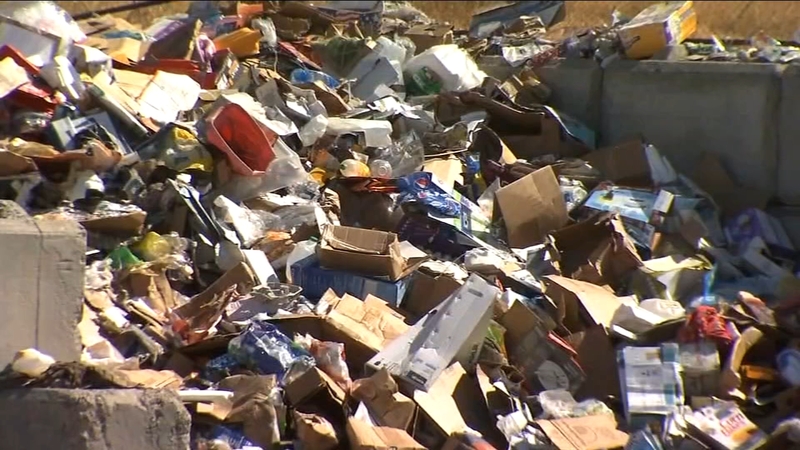 MERCED, Calif. (KFSN) -- Another load of recyclables is headed to the bay area but now that China's tightened their restrictions on the type of waste they will accept, folks may have to start paying more attention to what they toss in their recycling bin.

"We're going to have to look at what we're doing and what we're throwing away. what we're producing and the levels of what we buy," city recycling coordinator Monique Gama.

For decades, China's been the biggest importer of US recyclables.

Now they have set new, cleaner standards for the recycled products they receive.

Jennifer Halpin with the Merced County Regional Waste Management authority says they send tons of recyclables to a facility in the bay area, then shipped overseas.

In the beginning, there was a backup of waste, but she says it is now back to normal.

"They're now finding homes for those materials and so now it's going to maybe other states, or it's going to other international counties. At the start, they had to figure that out," said Merced County RWMA, Jennifer Halpin.

Merced Waste Management officials say they are now focusing on getting people educated on making sure their recyclables are clean before they throw them out.

As far as rate increases, waste management officials say it's still too early to tell whether consumers will be paying more.