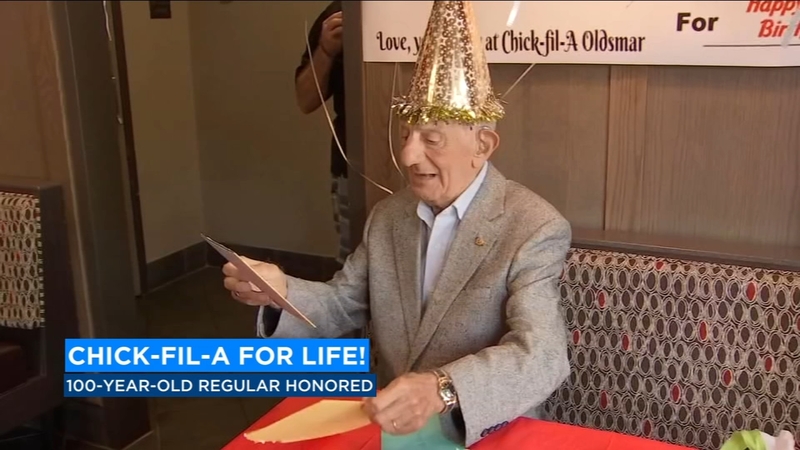 FLORIDA -- The staff at a Florida Chick-Fil-A hosted a very special party for a very special customer. One of the store's regulars just turned 100-years old.

Stephen Bellissimo has been going to the same Chick-Fil-A for the past 20 years. He eats at the same booth virtually every day.

He orders at the same time, every time and stays in the restaurant for several hours.

The staff has loved getting to know him and lovingly refers to him as "Mister Steve."

He was a daily visitor up until last year, when he had a fall. Now he lives with his son and goes about once a week.

On Friday, for his 100th birthday, the staff wanted to do something special for Mister Steve.

They surprised him with a birthday party, decorated his booth, and gave him the gift of Chick-Fil-A for life!