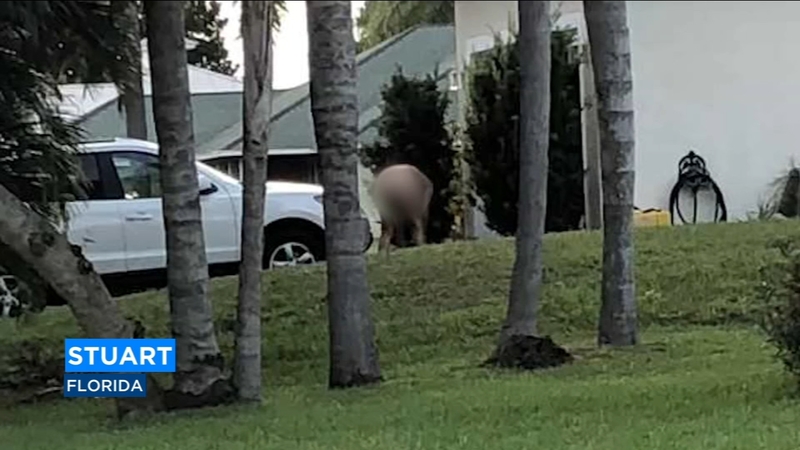 STUART, Fla. -- A man in a Florida community had his neighbors in an uproar after he refused to put on clothes to do yard work.

Residents say the nudist comes out of his home regularly.

Several people have called the Martin County Sheriff's office to complain about the disturbing sight. Deputies say that as long as he is not touching himself inappropriately, there is nothing that can be done since he is on his own property.

Not everyone has a problem with his choice to go naked in public.

"I am not one of those people that have concerns just because it is their way of life, and it is on their property and I know it is legal," said Molly Merritt.

"I came out Sunday night to put the trash out, and I look over and he is bent over, winding up his hose, and I'm like that is my view of the neighborhood, Melissa Ny said.

The man in question refused to comment because he said he and family are private people. Neighbors say they are now hoping to talk to the man to discuss a compromise.
Report a correction or typo
Related topics:
societyfloridafloridasocietyneighborhood
More Videos
From CNN Newsource affiliates
TOP STORIES