Fresno boy killed in accident to be honored during Rose Parade 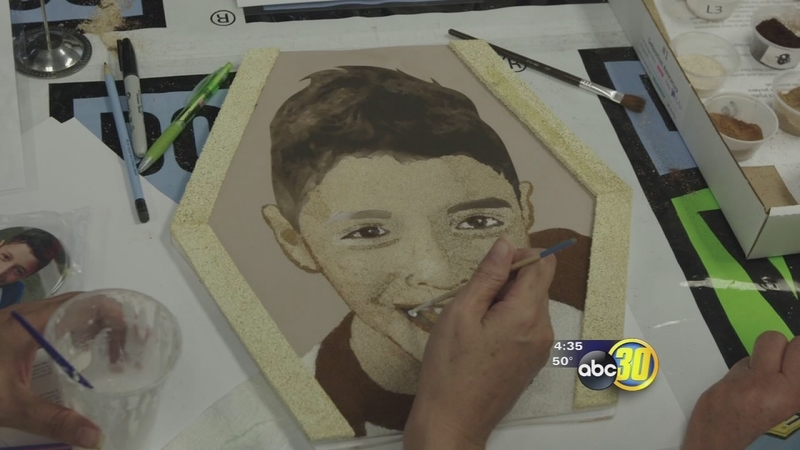 Fresno boy killed in accident to be honored during Rose Parade

FRESNO, Calif. (KFSN) -- The poetry of Lee Herrick moved members of the Amezcua family. Nine years after the accident that killed their son the pain persists.

"It hurts so much because we care so much," said German Amezcua, father.

German and Jessie Amezcua unveiled a floragraph of Sebastian. They helped paint a pretty smile on his face and carefully placed seeds and coffee grounds on the artistic image.

Sebastian Amezcua's face will appear on the donate life float.

"The organs that we get know no color, know no race. They are just organs that people need," said Cindy Siljestrom, CEO.

Sebastian would've been 18 this year. The plan was to attend the University of Hawaii so German wasn't surprised to see the float theme.

"Of course it is a Hawaiian theme. So in a sense, he is going to Hawaii."

"He is the brightest rose in a Parade of Roses," said Herrick.