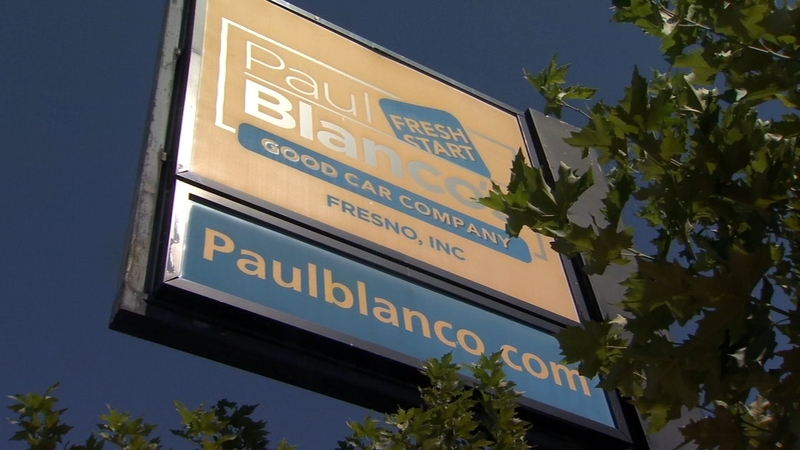 Fresno car buyers say they were deceived by well-known dealership

FRESNO, Calif. (KFSN) -- One day after the state attorney general accused Paul Blanco's Good Car Company of fraud, many people stepped forward to say they too were deceived by the well-known dealership.

"It would be really harsh of me to say they should be shut down but that's how I feel," said Diana Nuttman of Fresno.

Nuttman bought a car from Paul Blanco a few years back and says the staff there tried to pull a bait and switch on her.

Two weeks after she drove off the lot she received a letter from the Good Car Company telling her to return the vehicle because they couldn't finance her.

When she went back to the dealership she says the sales team tried to talk her into a different car but she refused and demanded her down payment back in return for the car.

"I immediately thought oh my gosh all my fears have come true because I kind of suspected something was wrong," she said.

Red flags went off for Matthew Bologna while he was buying his Dodge Ram pickup from Paul Blanco.

He says the sales team steered him to one specific vehicle and then misled him when it came time to sign the purchase contract.

What made the situation worse, Bologna says is the pickup he purchased was kept in the shop for repairs for the first few months he owned until he grew frustrated and took it to a different shop.

Bologna said, over a four-month period, he had the car he purchased from Paul Blanco in his possession for eleven days. The rest of the time it was being fixed.

Bologna still owns the vehicle he purchased from Paul Blanco but says he paid an expensive lesson.

"We live and we learn I learned my lesson but I wouldn't recommend anyone going in there," he said.