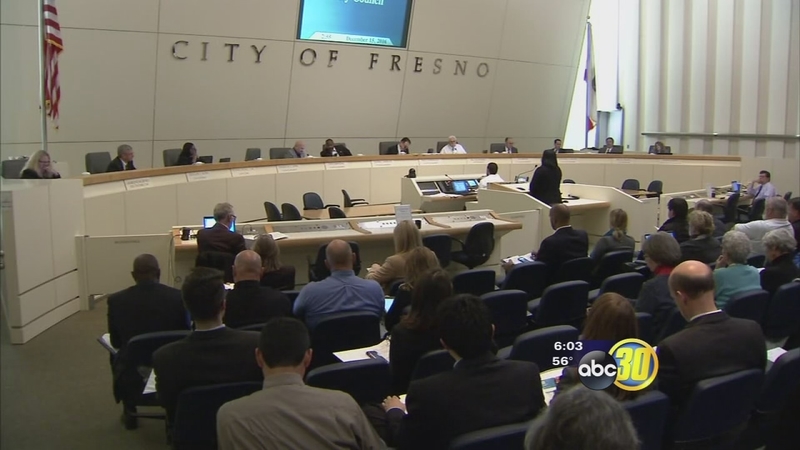 FRESNO, Calif. (KFSN) -- The most recent use of police body cam video came in the police shooting of 19-year-old Dylan Noble. Chief Jerry Dyer made the chilling video public after a citizens cell phone video captured another angle on the shooting.

City Council Member Oliver Baines, a former police officer, introduced a measure to clarify policies on when such video can be released to the public.

Fresno Police Chief Jerry Dyer generally supports the proposal, but wants to make sure he has flexibility in making the final decision.

Attorney Stuart Chandler represents the mother of Dylan Noble in a lawsuit against the city. He has issues with the proposal.

"If the ordinance is passed as written it would allow the Fresno Police Department to change the video and audio on body cams."

Dyer agrees he should, in some circumstances, be able to edit the video before making it public.

"Whenever possible it should be released as is, however, I do understand there are times when public release of that video might need to be edited to protect certain privacies."

However, Dyer said it would be illegal for him to edit the raw video as it is used for evidence.