Within a matter of a few hours, 30 volunteers at the Healthy Neighborhood Market served close to 40,000 pounds of fresh produce to hundreds of people in need.

Among those volunteers were public servants taking their oath to protect and serve to a new level-- all to encourage others to volunteer.

Fresno Police Chief Jerry Dyer said, "Quite frankly, absent them doing what they do, these kids these, families would go hungry."

In Fresno it is hard to mention Catholic Charities without thinking of the tragic events that unfolded April 18th when a shooter opened fire killing three people outside the non-profit. An incident Catholic Charities organizers said lead to a decrease in volunteerism.

The Fresno location has roughly 20 to 30 volunteers working this summer-- there were twice as many this time last year.

"That is no reflection and shouldn't be a reflection on Catholic Charities. They just happened to be a location that some demented individual decided to come out and carry out some violent acts."

Catholic Charities holds a special place in Smittcamp's heart-- it is where her own daughters volunteer with their classmates.

"It's a great place; it's a safe place to be. There's security around and that one isolated incident shouldn't damage the spirit of what they do here at Catholic Charities."

Catholic Charities serves more than 140,000 clients at their three locations. If you can't volunteer your time and talents monetary donations are accepted and $0.89 of every dollar goes directly to programs and services provided by Catholic Charities.
Report a correction or typo
Related topics:
societyfresno centralsheriff margaret mimsjerry dyerfresnovolunteerism
Copyright © 2020 KFSN-TV. All Rights Reserved.
FRESNO 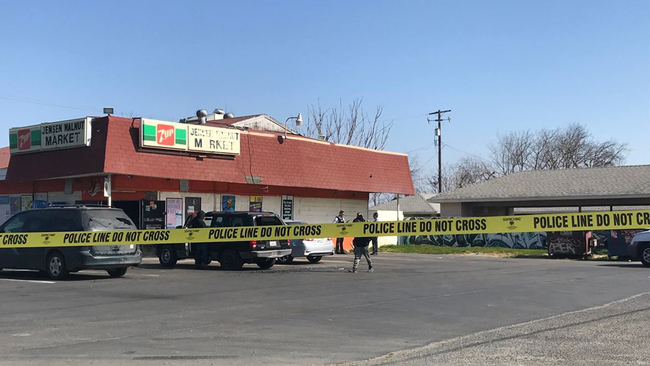