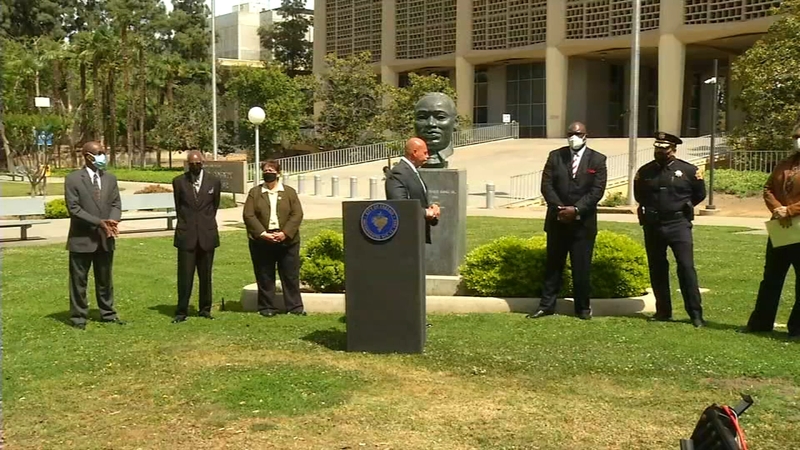 FRESNO, Calif. (KFSN) -- When former police officer Derek Chauvin was found guilty on all counts in the murder of George Floyd, it marked the end of an anxious wait for many who closely followed the case.

The African-American Clergy Caucus came to Courthouse Park in Downtown Fresno to pray for peace along with local leaders.

Pastor B.T. Lewis said, "We pray and desire that this will be the beginning of justice rooted in truth and equity that runs down like water."

Floyd's death in May led to large protests around the US.

Fresno Police Chief Paco Balderrama was not expecting a large demonstration but his department was prepared for any type of gatherings.

Balderrama said, "At this point in time, we are not expecting anything to happen here in Fresno. There's been no intelligence that would lead us to believe that there's going to be any type of protest."

Pastors stood before a memorial of civil rights leader Martin Luther King, Jr. and said they hoped justice would be served.

Now that the verdict was in, many saw this as a time for healing - and a time for a deeper understanding of the challenges facing minority communities.

Fresno Mayor Jerry Dyer said, "I stand here today as a white man and so it is impossible for me to understand the hurt and the pain that a black man or a black woman feels in our community or America."