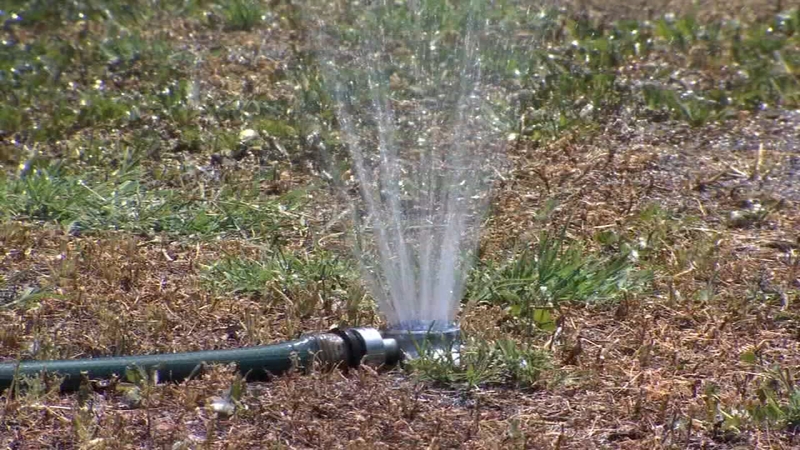 FRESNO, Calif. (KFSN) -- Bob Mitchell is like a lot of the more than 14,000 Fresno residents who have received water usage warning notices that he cannot explain.

This one from the City of Fresno claims he used 760 gallons of water in a one hour period between one and two in the morning.

"Water is running when nobody is using water," said Mitchell.

But says he does not have a lawn and his sprinklers and pool are on timers--nothing goes on at 1 a.m.

The city computer system notifies most residents when their water use exceeds 300 gallons per hour on any hour when outdoor watering is not allowed, or on a day when it is not allowed.

City Communications Director Mark Standriff explains, "The plan that we passed in October of 2017 was to make a threshold of 300 gallons an hour because typically most households use less than that indoors. If you're are watering outside at all, and you go over 300 gallons on a day or a time when you are restricted from watering then we will send you a notice."

However, as part of the three-month pilot program to test what is most effective, some residents will be able to use up to 700 gallons an hour before being noticed.

The first notice for breaking the rules is a warning, the second can be a $50 fine.

"If you do that the second month in a row then now we are starting to establish a pattern and that's when the fines start to come in," Standriff said.

However he adds, the city really wants to help residents figure out why they are going over the limit and to help them adjust their usage.

"Our goal with water conservation has always been to fix not fine, we want to help you work through this process," Standriff said.

You can call the city for a free inspection.

Bob Mitchell had city crews come out and check his meter. It's okay, but he still does not understand why he and his neighbors are being told by the city they are supposedly using too much water.

"I don't think they have a clue. I think it's a big fat mess," said Mitchell.