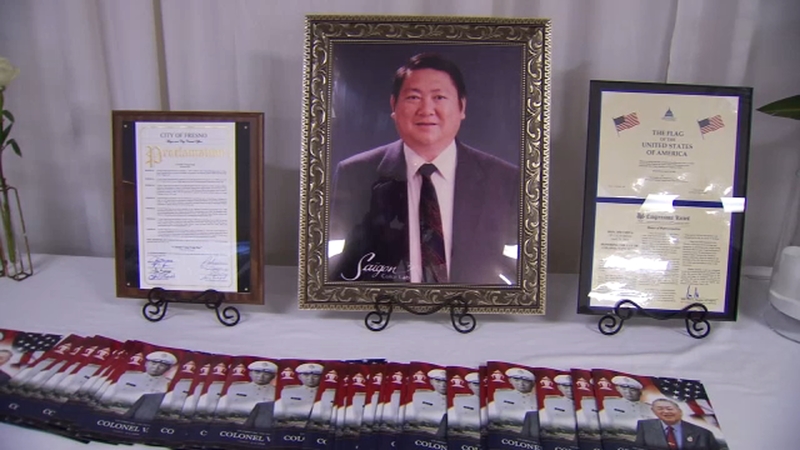 FRESNO, Calif. (KFSN) -- Fresno's Hmong community is mourning the loss of one of its biggest leaders.

Colonel Vang Fong died back in February and Saturday marked the first of a three-day celebration honoring his life and service.

During a special memorial, community leaders called Fong one of the fathers who led the Hmong culture to America.

Dozens of people traveled from far and near to attend the special gathering in east central Fresno.

The funeral procession began with the arrival of the colonel's casket on a horse-drawn carriage with police and military salutes.

Colonel Fong served for the CIA and U.S. military over his career -- and his life is remembered as a bridge between American and Hmong cultures.

"During his life of service to our country, the United States of America, that he has dedicated it to ensuring that the Hmong Americans settle in America sufficiently and they built a new life for Hmong Americans as refugees, so we are here to remember the late Colonel Vang Fong and thank him for all of his work and dedication to advancing the cause of freedom and our people."