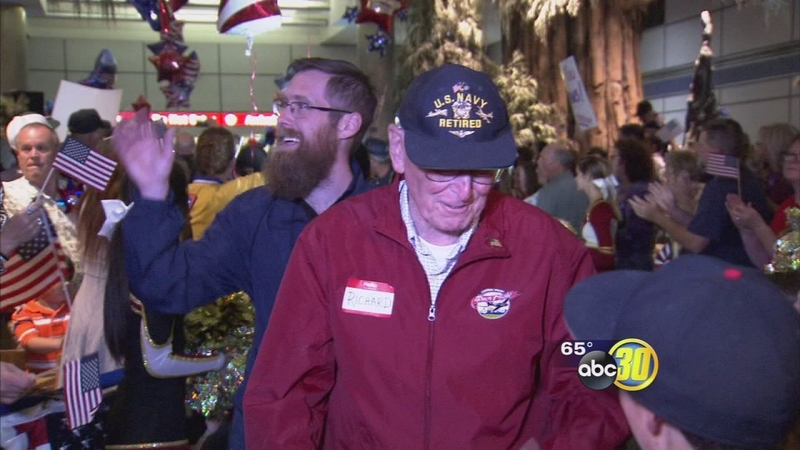 "We've got a great life, they went out and fought for us so we could have that life," said Diana Dean, veteran's daughter.

Dean and her family have been in the crowd many times before. Showing their support for other veterans abroad the Central Valley Honor Flight. This time it is different for them.

"This is really different than just being in a crowd and watching other guys. That's my dad, my dad came through this time, my dad got to be honored."

Richard Rigg is a retired Navy pilot, and like many of these 68 brave men and women, has endless stories to tell of his 26 years of service.

"We did anti-submarine warfare. We were looking for Russian submarines and it was a Cold War situation and we were armed in case it turned into a hot war," said Rigg.

But Rigg's most memorable flight is perhaps this one to Washington D.C. A trip that allowed him to visit memorials he has only seen in pictures. Massive monuments that captured their tremendous sacrifice.

"I knew what to expect but it was still awesome. When instead of being in the pack doing the welcoming, you are the person people are reaching out to shake hands," said Rigg.

Creating those moments are why families and even strangers came out Wednesday night. To let these veterans know they are here because of great Americans like their parents.

"We were just the military brats. But he did the service, he did the sacrifice, and so now he gets to see that, what was done for them," said Dean.

This was the last Honor Flight of the year and demand of these flights is so high there is already a waiting list for future trips.