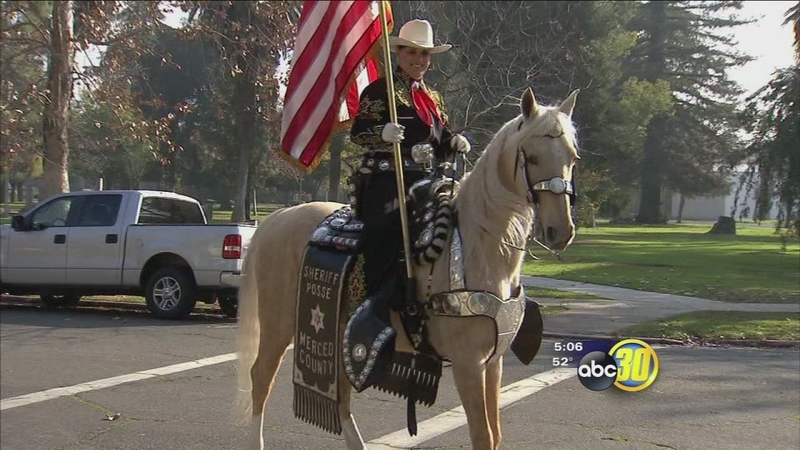 MERCED COUNTY (KFSN) -- The Merced County Sheriff Posse is set to saddle up and hit the trail next month. It has been invited to take part in President Donald Trump's inaugural parade in Washington D.C. January 20th.

Sheriff Vern Warnke was flanked by members of his posse-- 14 of them will ride in the parade.

"To have this prestigious honor bestowed upon us, to me, it is kind of an overwhelming factor. I'm very humbled and privileged."

Warnke said he will be the only sheriff from California's 58 counties in the parade.

The posse's colorful outfits sparkle and also feature sheriff's star patches. The Sheriff's Posse is a non-profit group so it needs to raise $24,000 to send the horses to Washington D.C.

"Our first and foremost goal is to raise enough funds so that we can pay that truck driver when they show up the day to take the horses to Washington D.C. If we don't raise the funds we're going to dig into our wallets because we are committed to go. We are going," said Warnke.

Sheriff Warnke said deputies can pick up personal checks. A GoFundMe account has been set up on the Sheriff's Posse Facebook Page, and a fundraiser is set for the Elks Lodge January 8th.