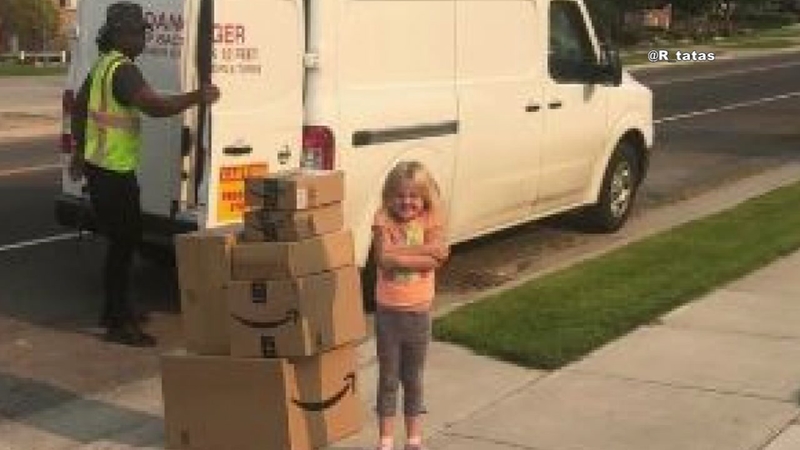 Girl buys hundreds of dollars of toys from Amazon

SALT LAKE CITY, Utah -- A six-year-old girl from Salt Lake City, Utah, took full advantage of being allowed to order a Barbie doll from Amazon for her birthday, and also added a few extra items to her basket much to her mom's surprise.

When left unattended on Amazon's site, Kaitlin had herself a little shopping spree and ordered over $300 worth of toys and board games. It's safe to say that her mom was a little bit shocked when the delivery van arrived in front of her home and deposited the large pile of gifts at Kaitlin's feet.

A photo of a beaming Kaitlin with her order was sent around to the family and her older cousin Ria Diyaolu couldn't help but share it on Twitter where it had 24,962 retweets and 74,155 likes at the time of writing.

My badass little cousin ordered $300 worth of toys w/o my aunt & uncle knowing. This is a picture of how everyone found out. pic.twitter.com/wHWVhsMBYI

Diyaolu shared a sweet update on August 14th that Kaitlin had chosen to donate all the toys to the Intermountain Primary Children's Hospital where she was once a patient.

UPDATE: Kaitlin chose to donate all of the toys to the Children’s Hospital where she stayed for a week when she was a baby! She wanted to give a little joy to those who aren’t well🖤🖤 pic.twitter.com/M2Y5BK4P5M