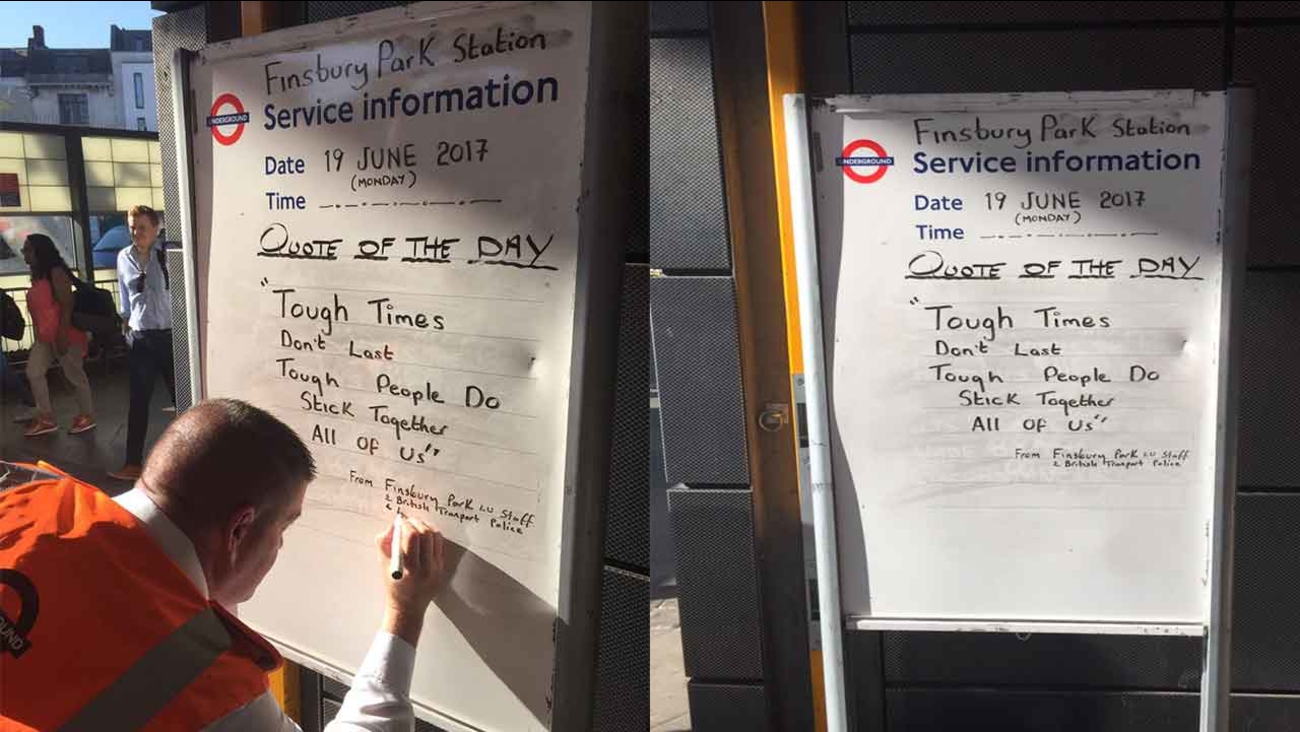 Following yet another act of violence, London commuters were greeted with a message of resiliency from the London Underground staff.

A photo that has already been retweeted more than a thousand times shows a man wearing a London Underground vest writing on the Finsbury Park station whiteboard: "Tough Times Don't Last. Tough People Do. Stick Together. All of Us."

The message comes the morning after a car plowed through a nearby crowd of Muslim worshipers gathered outside a mosque just after midnight on Monday, killing one and injuring 10 more. It is being investigated as an act of terror.


Finsbury Park resident Charlie Robertson captured the moment the message was put on the whiteboard and posted it on Twitter, adding that he was proud to live in a diverse neighborhood that sticks together.

I'm proud to live in the friendly, tolerant and diverse neighbourhood of Finsbury Park. We won't be bowed by murderous cowards

This isn't the first time the "Quote of the Day" on a London Underground board has been used to spread a message of hope. Following the attack at London Bridge earlier this month, one station posted "London Bridge will NEVER fall down."