Man asks ex-girlfriends to review him on Tinder 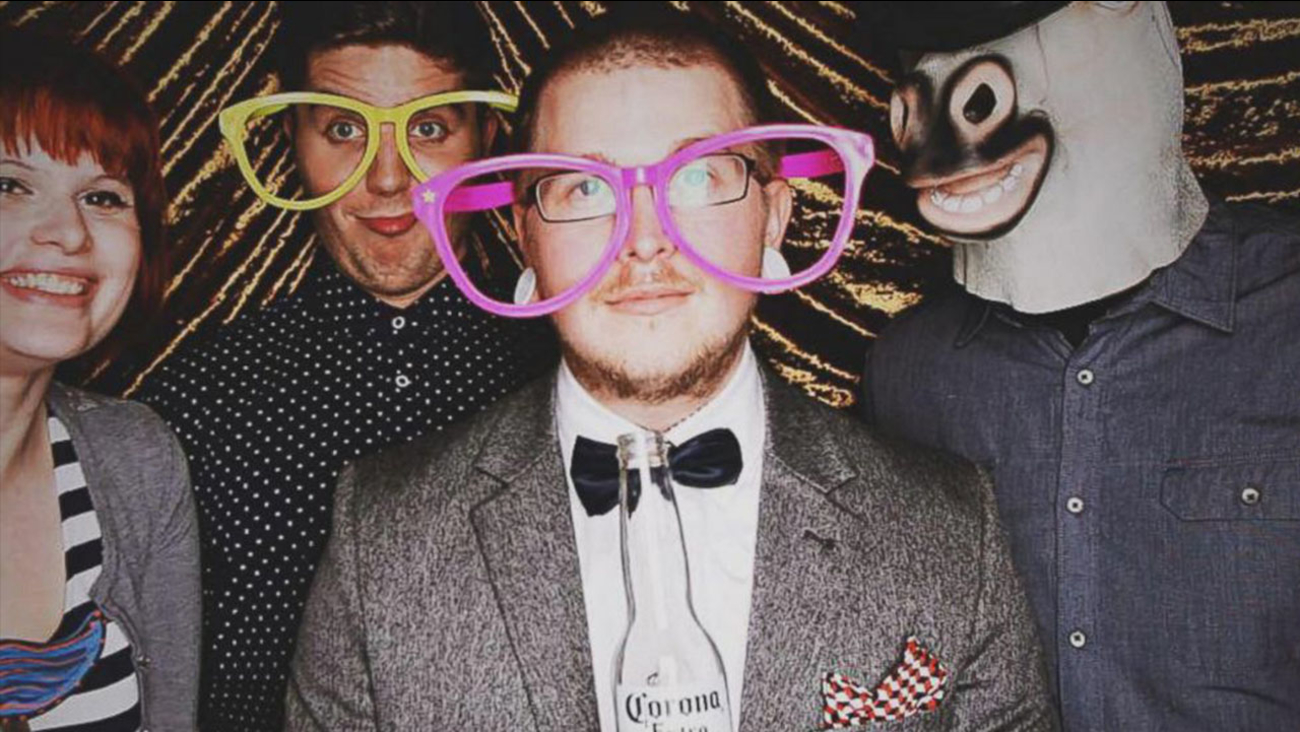 Jake Chapman reached out to his ex-girlfriends to give him reviews on Tinder. (Jake Chapman / ABC News)

When Jake Chapman signed up for Tinder, he decided to enlist the help of people you wouldn't expect: his ex-girlfriends.

""I was broken up with in May and Tinder was one of the choices . . . I was taking dating a little too seriously, so I started texting my ex-girlfriends for help," Chapman, 26, told ABC News. 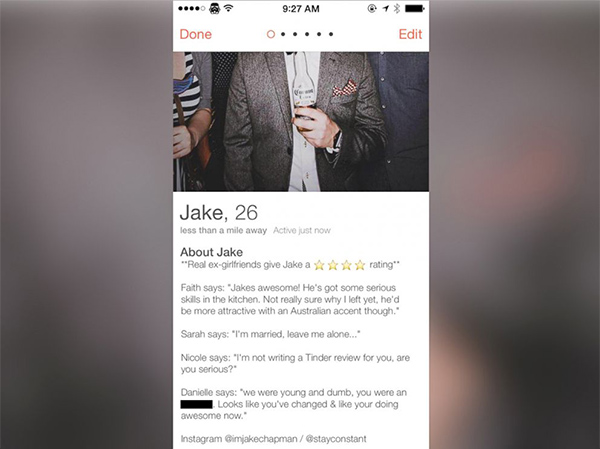 But not all of Chapman's ex-girlfriend endorsements were negative.

"Jakes awesome! He's got some serious skills in the kitchen. Not really sure why I left yet, he'd be more attractive with an Australian accent, though," said Faye, who left Jake for an Australian man.

Chapman's Tinder profile quickly went viral after being posted to Reddit, where he says it reached over 460,000 individual views. Chapman says that he's been receiving a lot of female attention as a result.

"I've had so many girls reach out to me," Chapman told ABC News. "Some are from Facebook, Instagram, and even other countries. Some girls are asking me to fly out to them. So yeah, there's lots of stuff going on now outside the world of Tinder."

Despite the attention, Chapman still says that he's looking for the girl of his dreams.

"I'm looking for someone who is passionate and does not take life so seriously," Chapman told ABC News. "I like hiking, CrossFit, photography. It'd be awesome if she had some of the same interests."