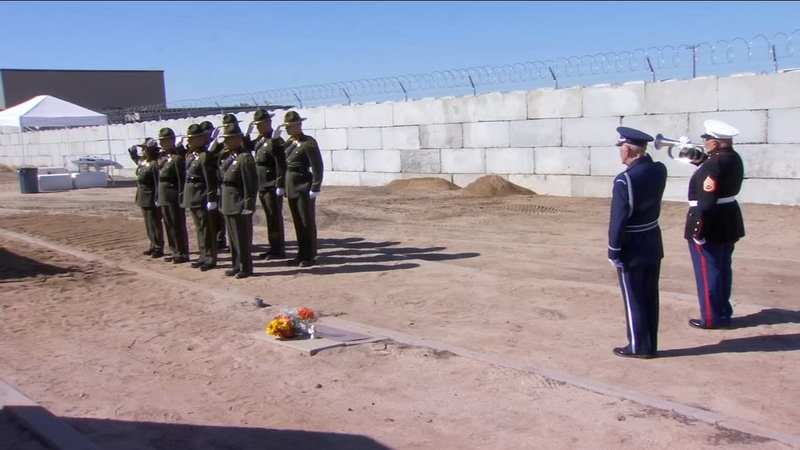 FRESNO, Calif. (KFSN) -- Those who have died in Fresno County since 2009 now have a final resting place.

The Fresno County Sheriff's Department is giving 740 people a proper burial because many were not claimed by loved ones when they passed, some were poor and could not afford a funeral, and others were homeless.

"This may be the service of last resort; this is an opportunity for all of us to come together. It is a time for us to be compassionate, caring and loving," said Margaret Mims, Fresno County Sheriff.

Each one was cremated and buried in one of two plots earlier this week at the Fresno County Cemetery, west of Fresno.

A ceremony was held Thursday morning. Sheriff Mims says each person deserves to be acknowledged with dignity and respect for their memory.

"Even though they are all together today, they were in fact individuals. We don't know all of their individual stories, but we know their lives have a story to tell," she said.

Burial rites and prayers from clergy from various religions were read since so many traveled from different walks of life.

Some were veterans who served our country.

"Today we remember the people that we have come to pay tribute to and honor those who were homeless especially, those who died without the care of family or friend surrounding them," said Terry Rommereim, Lead Veterans Administration Chaplain.

Several were never identified, others were not claimed in time due to "Next of Kin" issues.

Alvira Flores found out her ex-fiancee was one of them.

"Closure a little bit, mixed emotions about it because I wish we would have had his ashes to give to his mom. So she could get some kind of peace," said Flores.

The sheriff's department initially planned to bury 840 boxes of remains, but 60 boxes were claimed when the names were released to the public.